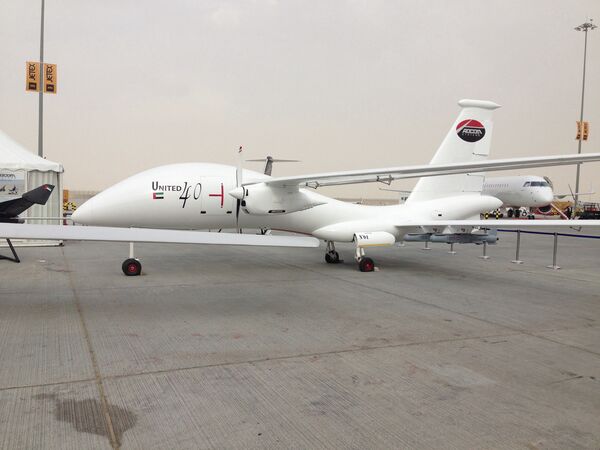 Russia’s armed forces will conduct test flights of a drone aircraft from the United Arab Emirates early next year, the manufacturer said.

The unmanned United 40 Block 5 long-range reconnaissance vehicle will be tested to assess whether it meets the military’s operational needs. The medium-altitude drone can stay airborne for more than 100 hours and can also be equipped with Namrod air-to-surface guided missiles.

Ali Al Dhaheri, chief executive and chief designer at the manufacturer, ADCOM Systems, said that the first drone would be delivered to Russia in February. A preliminary agreement had been reached to sell more test vehicles to the armed forces, depending on the results of the first flights.

“If this system satisfies the requirements of the Russian military, it can be expected that...the original purchase will be followed by a contract for deployment,” said Fedutinov.

Defense Minister, Sergei Shoigu said in June that aerial drones being developed in Russia for the military were inferior to similar foreign models. Russia purchased 12 drones from Israel Aerospace Systems in Israel in 2009 in a $53 million that attracted a lot of criticism at the time.

The drone can carry a payload of up to 100 kilograms (220 pounds) under each of its four wings.

Russia’s military began to seek out advanced reconnaissance systems following the brief conflict with neighboring Georgia in August 2008, when the effectiveness of ground operations was severely hampered by a lack of reliable intelligence.

Various experts have estimated that Russia’s armed forces need up to 100 unmanned drone aircraft and at least 10 guidance and control systems to ensure effective battlefield reconnaissance.