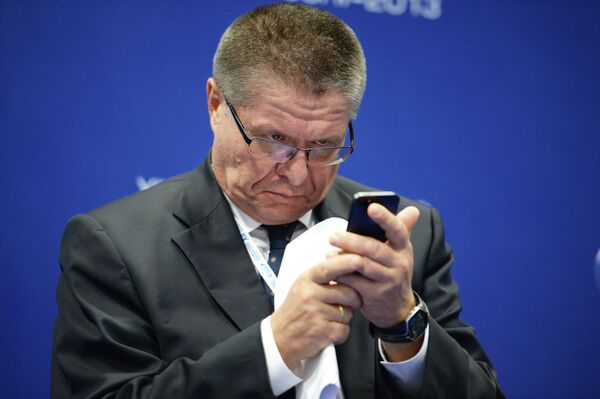 © RIA Novosti . Mikhail Mokrushin
/
Go to the mediabank
Subscribe
International
India
Africa
Russia’s Economy Ministry cut its forecast for economic growth in 2014 by half a percent Tuesday amid warnings that stagnation was set to persist.

BALI, December 3 (RIA Novosti) – Russia’s Economy Ministry cut its forecast for economic growth in 2014 by half a percent Tuesday amid warnings that stagnation was set to persist.

Gross domestic product will expand 2.5 percent in 2014 and 2.8 percent in 2015, down from the previous estimates of 3 percent and 3.1 percent respectively, Economy Minister Alexei Ulyukayev told reporters.

The economy has stalled in 2013, with officials now expecting that growth this year will fall to 1.4 percent. That is the lowest level at any time during Vladimir Putin’s tenures as president. The economy contracted by 7.9 percent in 2009, while Putin was serving as prime minister under then-President Dmitry Medvedev.

“In 2014, stagnation in the economy will continue,” Ulyukayev said while attending a World Trade Organization summit on the island of Bali.

In an interview on state-run Channel One last month, Ulyukayev said that the country’s model of economic development over the last decade, when Russian was propeled to relative prosperity on the back of surging oil prices, was now exhausted.