3 Prostitutes Jailed in Russia for Strangling Woman with Bra 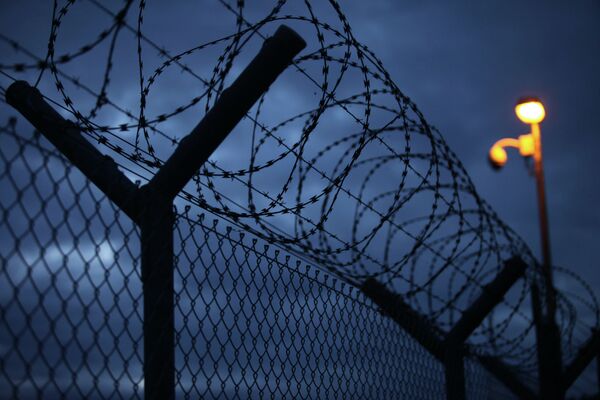 © Fotolia / Luftbildfotograf
Subscribe
International
India
Africa
Three prostitutes have been jailed for 10 years each for the brutal killing of a woman in central Russia, investigators said Tuesday.

CHEBOKSARY, December 3 (RIA Novosti) – Three prostitutes have been jailed for 10 years each for the brutal killing of a woman in central Russia, investigators said Tuesday.

The victim, aged 22, was strangled with her own bra after being repeatedly assaulted by the group, who dumped her body in a forest. They had accused the woman, who was an acquaintance, of stealing money during an argument at their rented apartment in Cheboksary, capital of the Chuvash Republic.

The women, aged 22 and 20, used a kitchen knife to cut off her hair and slash her clothes, leaving her in just her underwear, the regional Investigative Committee said in a statement.

They then took the unnamed victim to a forest at a nearby village and beat her, including with spiked metal knuckle-dusters. The attack, in freezing weather in February, continued when the group drove the woman to a wooded area outside another village.

Each of the group took turns to strangle the woman with her bra straps while the others held her down, until she had stopped breathing, investigators said.

“When they realized that she was dead, they buried her in the snow and fled the scene,” the committee said. The body was found only in April, when the snows started to melt.

The women were convicted of murder and torture. Oleg Dmitriyev, spokesman for the regional Investigative Committee, said that the prostitutes had accused their victim of stealing several thousand rubles, but investigators found no evidence that she had taken the money.