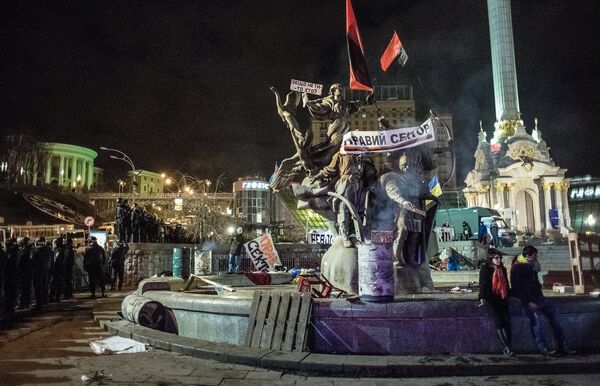 Ukraine’s IT specialists claimed that they were behind the outage, which came after police violently dispersed a pro-EU rally in downtown Kiev Saturday, and promised to take down other Ukrainian government websites, pravda.com.ua reported.

“Unfortunately, not each Ukrainian can come to Mykhailivska Square in Kiev or other local squares… That’s why I suggest an efficient way that everyone can show their protest in the Internet… I mean DDoS attack on the sites of our enemies in the government,” IT specialists said in a statement.

Some 35 people were injured after riot police cracked down on protesters camping out in the Independence Square in the capital Kiev Saturday, doctors said. Seven people still remain in hospital. A total of 35 people were briefly detained by police.

Protesters regrouped Saturday near a monastery at Mykhailivska Square in downtown Kiev, which became the new place for continuing pro-EU rallies. Activists spent a night there and said they would form a national resistance task force to prepare a nationwide strike.