US White House to Consider Sanctions Against Yanukovych 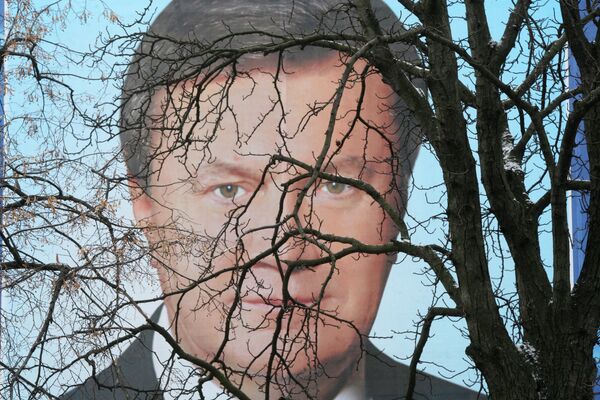 © RIA Novosti . Alexey Kudenko
/
Go to the photo bank
Subscribe
The US government will have to consider sanctions against Ukraine’s leadership after a petition to the cause gathered 100,000 signatures on White House’s website.

MOSCOW, November 30 (RIA Novosti) – The US government will have to consider sanctions against Ukraine’s leadership after a petition to the cause gathered 100,000 signatures on White House’s website.

The petition asks to ban US and EU entry for and freeze assets of Ukrainian President Viktor Yanukovych and members of the his government, as well as their families.

The proposal was prompted by Yanukovych’s 11th-hour decision not to sign an association agreement with the EU this week.

“Yanukovych and his government deny the right of the people of Ukraine to become closer to the Western civilization,” said the petition, which was launched on Tuesday and gathered 100,000 signatures by early Saturday.

President Barack Obama’s administration has not commented on the petition as of Saturday morning.

The US government is legally required to review online petitions with more than 100,000 signatures, though not to adopt their proposals.

US authorities have blacklisted earlier this year a number of Russian officials implicated in rights violations, though no Cabinet members were on the list.

A string of street protests against Yanukovych’s decision took place across Ukraine over the past week.