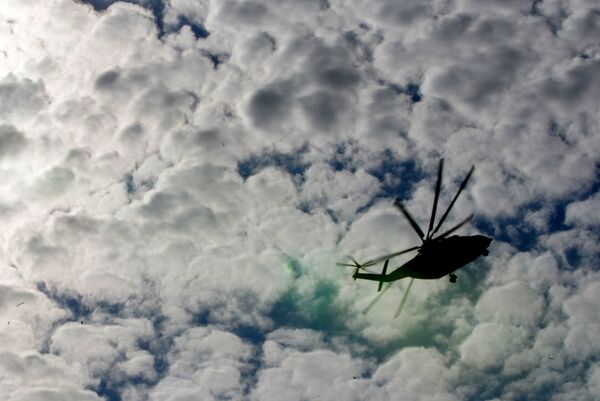 Unidentified men fired at the helicopter in the province of Gardez on Thursday.

No injuries were reported, and damage from the attack was limited to a single bullet hole in the aircraft’s side, a spokesman for the Russian embassy in Kabul said.

Russian governmental agencies have no helicopters in Afghanistan, but the aircraft could have been contracted by the International Security Assistance Force, the NATO-led mission there, the spokesman said.

The helicopter was owned by Skol Airlines, based in the city of Surgut in western Siberia, the spokesman said.

The company had not commented on the incident as of Friday morning.

The Russian embassy was trying to establish whether any Russians or nationals of other former Soviet countries were on board the helicopter, the embassy said.