US Media Corp Snaps Up Russian Sitcom for Global Distribution 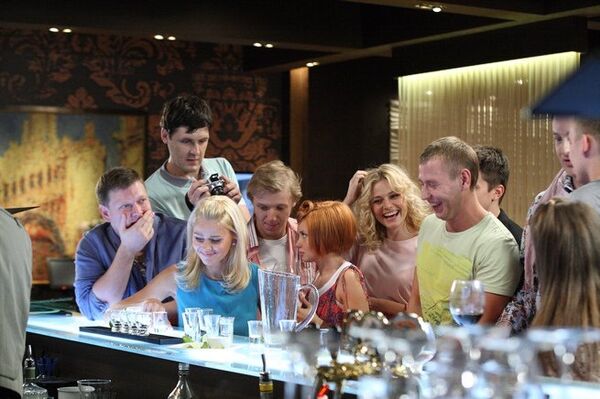 Following what The Hollywood Reporter described as “months of negotiations” between CBS and Russian distributor All Media, the terms of the deal will reportedly allow CBS to distribute the show in most countries, with the exception of Israel, France, Bulgaria and CIS states.

“We are very glad to enter into collaboration with CBS,” Yevgeny Pivovarov, development director at All Media, was quoted as saying by The Hollywood Reporter. “‘Kitchen’ is a top-quality TV series, which will now be appreciated by viewers all over the world.”

“Kitchen,” which is set in the kitchen of a Moscow restaurant, debuted on the Russian network CTC in 2012. It is one of the most expensive sitcoms ever filmed in Russia, with each episode budgeted at $200,000, according to The Hollywood Reporter.

A third series is currently being filmed and a movie spin-off is already in production, set for a 2014 release, the website reported.

The Hollywood Reporter described the deal as a “rare occasion,” as Russian TV shows are seldom picked up for global distribution.

The most successful Russian television program in international markets to date has been the children’s animated series “Smeshariki,” which was adapted in several countries including the United States, where it was renamed “GoGoRiki,” The Hollywood Reporter reported Tuesday.