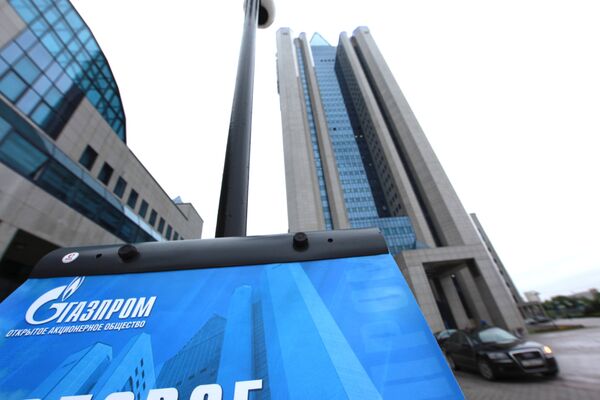 © RIA Novosti . Mikhail Fomichev
/
Go to the mediabank
Subscribe
International
India
Africa
Russian football and hockey could face a revolution if a new bill banning state-owned companies from funding professional teams becomes law, and some would struggle to survive.

TOMSK, Russia, November 26 (R-Sport) - Russian football and hockey could face a revolution if a new bill banning state-owned companies from funding professional teams becomes law, and some would struggle to survive.

The bill introduced to Russia’s lower house of parliament Monday would ban state-owned monopolies like gas giant Gazprom from pouring millions into professional teams, typically in deals that far exceed the market value of the commercial exposure involved.

The sport hardest hit would likely be football, where three of the top four teams in the Russian Premier League have state-owned sponsors or owners, as do smaller fish like FC Tomsk, whose general director Artyom Fomenko warned of potentially disastrous consequences for clubs like his.

“Limits on state companies would have a negative effect on the financing of professional sport, that’s obvious,” he said.

The sheer extent of some teams' dependency is shown at Tomsk, which is battling relegation from the Russian Premier League and has a comparatively small payroll. Fomenko said his club gets between 85 and 90 percent of its budget from state-owned oil firms Gazprom Neft and Rosneft, who rode to the rescue after a financial collapse last year.

“We’re planning to increase the percentage of our own income, but it’s fairly difficult to do that and only possible to do it gradually, over the course of a fairly long time,” he said.

“There are owners of private companies who are fans of some sport or other,” Fomenko said. “But there aren’t that many companies at the moment in the Russian Federation with enough funds to support professional sport at a European level.”

The effect of a ban on state company sponsorship would have less on effect on hockey, where most Russian teams are owned by regional governments exempt from the bill’s provisions. Big-spending SKA St. Petersburg and CSKA Moscow, however, would appear likely to struggle - they are owned by Gazprom and Rosneft respectively.

In a significant symbolic touch, one of the bill’s sponsors is NHL legend Slava Fetisov, now a senator in the Russian Far East, where hockey team Admiral Vladivostok named its arena after him this year.

The bill could also have international reach, thanks to a Europe-wide football sponsorship empire run by Gazprom, which backs the UEFA Champions League, Serbian team Red Star Belgrade and German Bundesliga club Schalke.