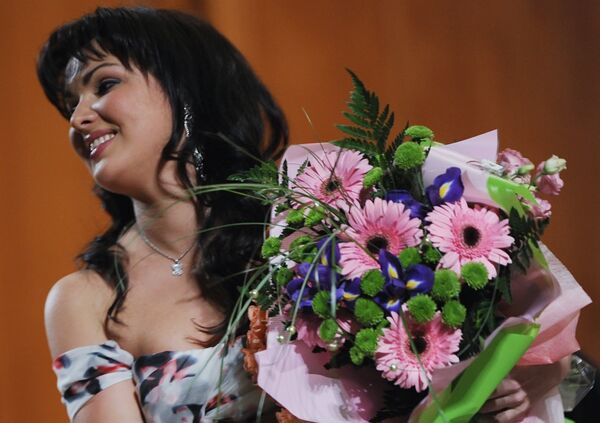 Representatives of Netrebko issued an official statement on Monday describing the separation as “amicable.” The celebrated Russian soprano said that “demanding schedules and the resulting constant time apart” were the cause of the split.

Netrebko and Schrott, who were not married, are the parents of a 5-year-old son, the AP reported.

Netrebko said that “we treasure the time we spent together and, of course, remain devoted parents to our son.” Netrebko added that she and Schrott were “committed to honoring our scheduled joint professional appearances," the AP reported.

Netrebko was born in 1971 in Krasnodar and studied vocal performance at the St. Petersburg Conservatory.

She worked for two years as a janitor at St. Petersburg's Mariinsky Theater, and later won a vocal competition in Moscow that led to an audition before star Russian conductor Valery Gergiev.

Today Netrebko maintains a busy schedule performing at prestigious venues around the world. She has released two CDs and a DVD this year alone, according to her official Facebook page.