Construction of South Stream Pipeline’s Serbian Section Gets Under Way

The construction of the Serbian leg of the Russia-initiated South Stream gas pipeline, designed to diversify Moscow’s energy supply routes, was launched Sunday as a steel pipe was symbolically welded north of Belgrade.

The South Stream pipeline is expected to annually transport up to 63 billion cubic meters of natural gas to Central and Southern Europe along the Black Sea seabed, diversifying Russian gas routes away from transit countries such as Ukraine.

The Serbian section of the pipeline will stretch to about 450 kilometers (280 miles) and cost an estimated 1.9 billion euros ($2.6 billion). Gazprom is expected to pay for all construction costs related to the Serbian section. 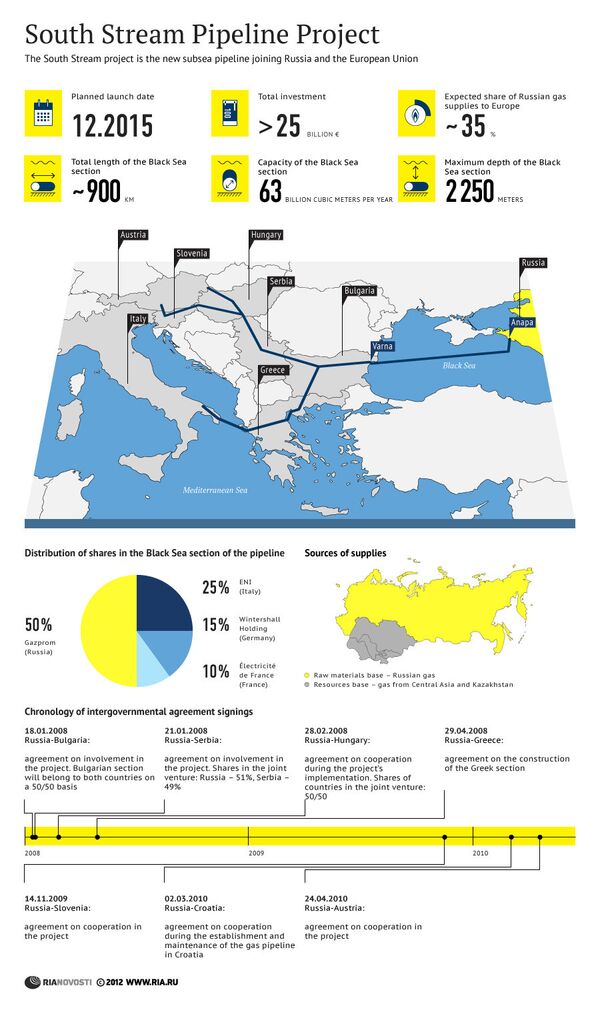 The Serbian government said earlier this month that Russia and Serbia planned to lay pipelines to supply South Stream gas to Bosnia and Herzegovina, Macedonia and Kosovo.

Disputes between Moscow and Kiev in previous years over gas prices have resulted in disruptions, reducing gas supplies to many customers.