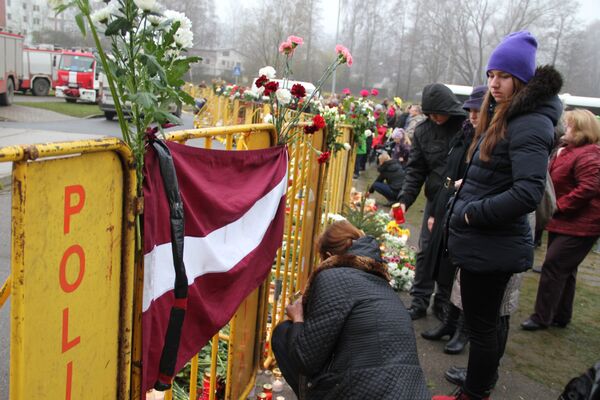 Two Russian citizens were killed in Thursday’s collapse of a superstore in Latvia’s capital Riga, the Baltic state’s foreign ministry said on Saturday.

“Police informed us that two Russian nationals – a man and a woman – had perished in the collapse,” a ministry spokesman said.

A wall and about 500 square meters (5,300 square feet) of the Maxima superstore’s roof caved in on Thursday afternoon, trapping dozens under rubble. A second collapse took place when rescuers were already working at the scene.

A third collapse occurred on Saturday evening, but none of the rescuers was injured, police said.

According to latest reports, 54 dead bodies have been recovered from the debris so far. At least three of those killed are rescuers. Forty people were injured in the collapse, 29 requiring hospitalization.

The search for bodies was briefly put on hold Saturday because the still unexamined 300 square meters of rubble were unstable and posed danger for those involved in the rescue effort.

However, it resumed after Riga Mayor Nils Usakovs said that up to 16 people could still be under the ruins.

Usakovs said city authorities have decided to dismantle the building completely once the rescue effort is over.

“We will think about a total construction ban at this spot,” he said. “We should probably build a memorial to all victims.”

Police named design flaw, construction error and overloading of the roof, which stored construction supplies, as three possible reasons behind the collapse of the mall, built in 2011.