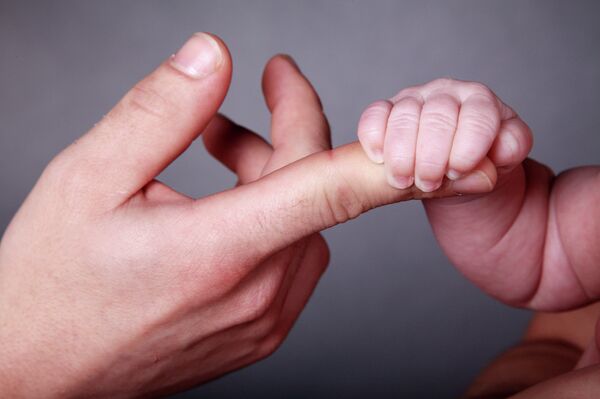 A Russian woman told RIA Novosti on Saturday that she had been separated from her 11-month-old daughter by her Finnish husband and the country’s child welfare services.

ST. PETERSBURG, November 23 (RIA Novosti) – A Russian woman told RIA Novosti on Saturday that she had been separated from her 11-month-old daughter by her Finnish husband and the country’s child welfare services.

Irina Kulikova said she had spent five months in hospital after giving birth, but when she returned home, her husband started behaving aggressively towards her.

“A decision was made to separate me from my husband and to grant child custody to him because of my health condition and of fears that I might take her to Russia,” she said.

Kulikova said she had not seen her daughter for four months and has no idea about her whereabouts.

“The Finnish authorities announced that Russia allegedly does not comply with the Hague convention on the international child abduction and so there are serious grounds to believe that the child can be taken to Russia,” said Baekman, who is considered a human rights activist in Russia.

According to Baekman, who acted as a representative for a Russian-Finnish family in another child custody battle, both the mother and the baby are Russian citizens.

There have been over 50 instances in the past few years of the Finnish authorities intervening in disputes between Russian-Finnish families by taking children away from their Russian mothers, Russian children's rights ombudsman Pavel Astakhov has claimed in his Twitter microblog in January.