Russia to Hold Drills with China, Mongolia in 2014 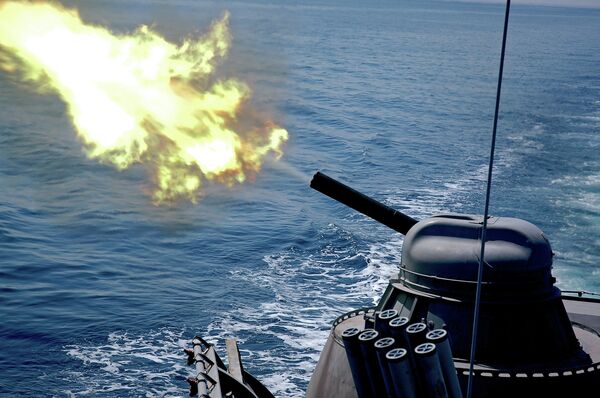 Russia’s Pacific Fleet will participate in the Vigilant Eagle-2014 drill with the Chinese Navy, the spokesman said.

Separately, Russian mechanized infantry will train together with Chinese troops in China as part of the “Peace Mission” anti-terrorist exercise. The “Peace Missions” are held since 2005.

Infantry troops from the republic of Buryatia in Russian Siberia will also hold the Selenga exercise with the Mongolian army, organized annually since 2008.

The exact dates for all next year’s joint drills will be set up at military conferences also in 2014, the spokesman said.

Russia and China are members of the Shanghai Cooperation Organization, a Eurasian mutual security bloc that also includes Mongolia as an observer.