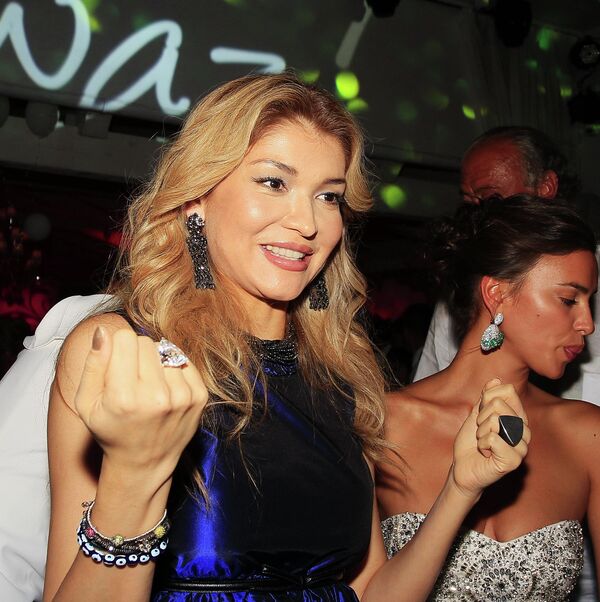 © RIA Novosti . Valeriy Levitin
/
Go to the mediabank
Subscribe
International
India
Africa
The president of Uzbekistan’s daughter has denied rumors she was detained by police overnight Wednesday, but looks nonetheless to have become further embroiled in an elite struggle in the Central Asian nation.

MOSCOW, November 21 (RIA Novosti) – The president of Uzbekistan’s daughter has denied rumors she was detained by police overnight Wednesday, but looks nonetheless to have become further embroiled in an elite struggle in the Central Asian nation.

Gulnara Karimova provoked speculation that she had been arrested after writing on her Twitter account late Wednesday that she was at a police station.

Over the past few weeks, Karimova’s businesses have come under an unprecedented assault from authorities in the former Soviet nation.

Prosecutors have also launched tax investigations into the Fund Forum charity run by Karimova, according to a report by the Uzbek service of the US Congress-funded Radio Free Europe/Radio Liberty.

The growing pressure has prompted claims from Karimova that elements in the former Soviet nation’s powerful security services are attempting to seize power.

It is unknown to what extent Islam Karimov, a 75-year-old former Communist party boss who has led Uzbekistan for more than two decades, is aware of current developments involving his daughter.

Responding to claims that she had been detained, Karimova said on Twitter that she had gone to the police station to assist more than 10 members of a youth group that she said were being held by police.

Karimova said the activists were members of Voice of the Future, a movement that she founded in 2006.

She has claimed on her official website that the movement counts several hundred thousand members.

Karimova, 41, has in recent years increased her public profile by engaging in widely publicized philanthropic work and embarking on a pop-singing career. Some political analysts have tipped Karimova as a possible contender to succeed her father.

Her image has in recent months been tarnished, however, by a series of criminal investigations in Western Europe.

A group of individuals linked to Karimova have been targeted in money-laundering investigations in Switzerland.

The BBC’s Uzbek service reported in July that Karimova had been removed as her country’s envoy to the United Nations, a development that led to her loss of diplomatic immunity.