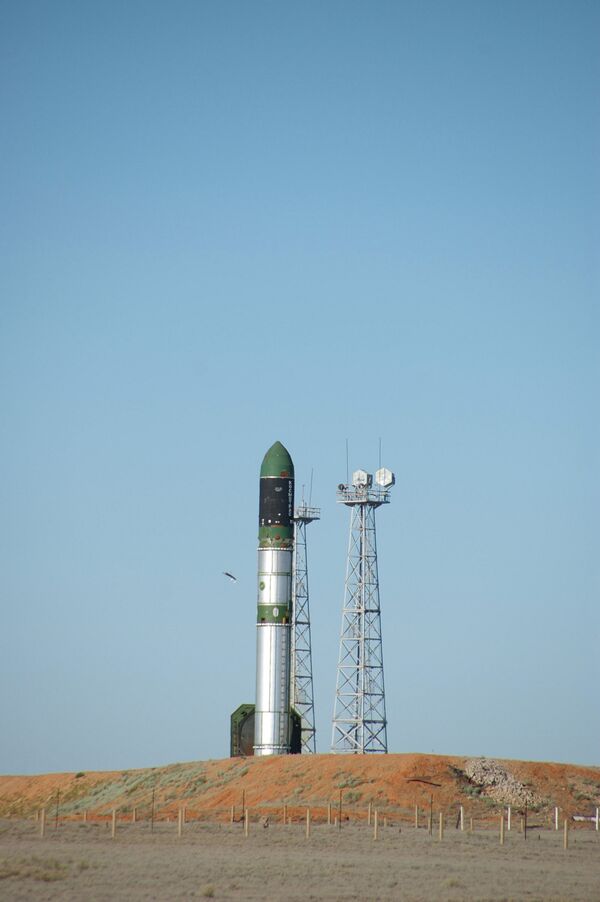 “The launch of the heavy converted Dnepr rocket with foreign satellites was carried out in normal mode at 11.10 a.m. Moscow time," a Strategic Missile Forces representative said. “All the space systems successfully separated from the rocket.”

The payloads transported by the Dnepr, which is based on the RS-20 intercontinental ballistic missile (NATO codename SS-18 “Satan”), include the UAE-owned DubaiSat-2 observation satellite, UniSat-5, a microsatellite created under a University of Rome program, and South Korea’s STSAT-3 multi-purpose microsatellite.

Other satellites on the Dnepr also include the SkySat-1 and AprizeSat-7/8, both from the United States, the Brite-PL from Poland, Denmark’s GOMX-1, and a WNISat from Canada.

The larger satellites, which included the 300-kilogram (660-pound) DubaiSat-2, were to be deployed within 15 minutes of the launch.

This is the second launch of a Dnepr rocket in 2013.

At the end of August, the rocket was used to carry the South Korean KOMPSat 5 multi-purpose satellite into orbit.

The RS-20 is the most powerful ICBM in the world. It was first launched in 1973 and is still in service with Russia's Strategic Missile Forces. RS-20 missiles are being gradually removed from the Russia's arsenal and converted into Dnepr launch vehicles.