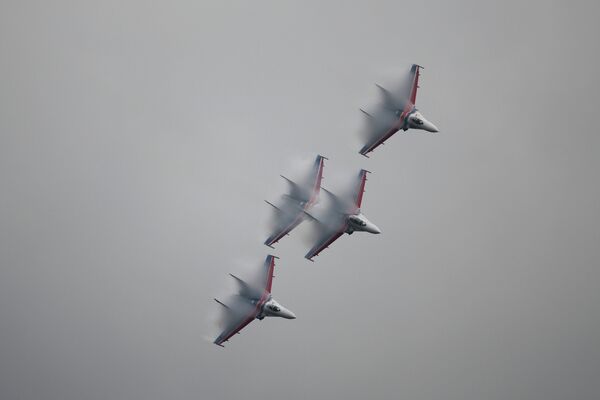 Armenia will allocate additional space at the Erebuni air base to host a Russian helicopter squadron being formed to strengthen the Russian air contingent in the former Soviet state, Armenia’s deputy defense minister said Thursday.

Russia’s 3624th Air Base at Erebuni Airport in Yerevan currently hosts at least 16 MiG-29 Fulcrum fighter jets operating under air defense agreements concluded between the members of the Commonwealth of Independent States.

“The Russian base will be given additional space to host helicopter pads, administrative buildings and fuel-storage facilities,” Ara Nazaryan said at a government meeting.

Nazaryan said the Russian squadron at the Erebuni base would comprise 18 helicopters, but did not specify what type. He also said the squadron was expected to arrive by the end of this month.

The Erebuni air base is part of Russia’s 102nd military base located in Gyumri, near Armenia’s border with Turkey.

The 102nd base has been deployed in Gyumri since 1995 under a bilateral treaty that was extended in 2010 from 25 to 49 years, ensuring a Russian military presence in Armenia through 2044.

Artur Bagdasaryan, head of Armenia’s National Security Council, said in June that Russian military bases in Armenia will be modernized and upgraded over the next few years.