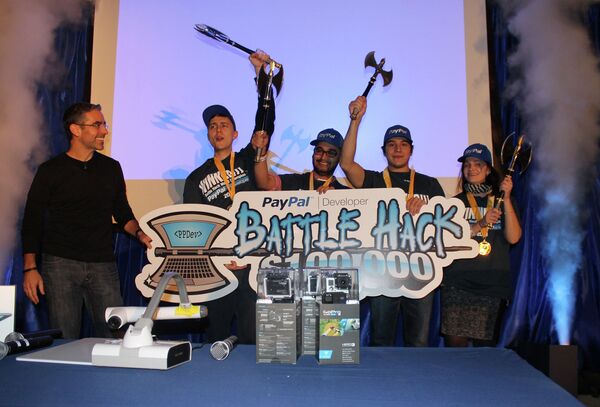 The group of four Russian programmers defeated competitors from nine other cities around the world to win the $100,000 prize after developing “Donate Now,” an application that facilitates the process of making charitable donations, thenextweb.com reported.

After winning regional contests held earlier this year, each team was flown to PayPal’s headquarters in San Jose, California to participate in the Battle Hack finals.

The teams then had 24 hours to develop a new service that would incorporate PayPal’s programming interface and one of the devices of the other contest sponsors.

Industry professionals from PayPal and other technology firms judged the entries, and the winner was determined by the “code, quality of idea, and overall experience” according to thenextweb.com.

A PayPal representative told the website that the Battle Hack contest was part of a company strategy to improve the firm’s outreach to developers.