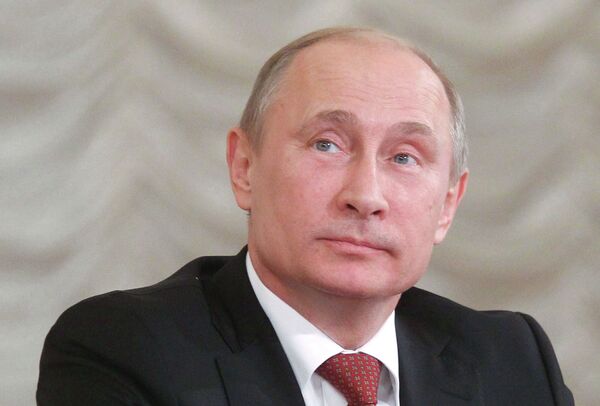 © RIA Novosti . Mikhail Klimentiev
/
Go to the photo bank
Subscribe
Russian lawyers criticized the Kremlin on Tuesday in a rare display of public discontent, speaking against a court reform that would abolish what they called the most progressive branch of Russia’s judiciary.

MOSCOW, November 20 (RIA Novosti) – Russian lawyers criticized the Kremlin on Tuesday in a rare display of public discontent, speaking against a court reform that would abolish what they called the most progressive branch of Russia’s judiciary.

The reform would solve the problem of conflicting jurisdictions between the courts, Kremlin representatives said earlier this year.

A bill on the reform – which would require amending the Constitution – is due Wednesday for the crucial second reading in parliament, where most parties have backed the proposal.

But more than 80 law firms on Tuesday released an open letter against the reform, which they said would de-facto dismantle the arbitration system in the country.

Russia’s arbitration courts are much more transparent, independent and modernized than the “parochial” general jurisdiction courts, according to the letter, available on Arbitrations.ru.

The reform would hamper business competition in the country and prompt Russian entrepreneurs to take their disputes to foreign courts, the appeal said.

The letter called for the reform bill to be dropped or at least put on hold until a broad discussion with Russia’s judicial community, which has not been consulted about the draft legislation.

No lawmakers commented on the proposal Tuesday. State Duma’s Constitution and State Affairs Committee on Monday recommended for the bill to be passed without any changes.

Russia’s judiciary, much criticized for alleged dependence on the executive branch, is trusted by a mere 21 percent of Russia’s population, according to a nationwide survey last month by the independent Levada Center pollster.