Putin Vows to Eradicate Corruption Regardless of Rank 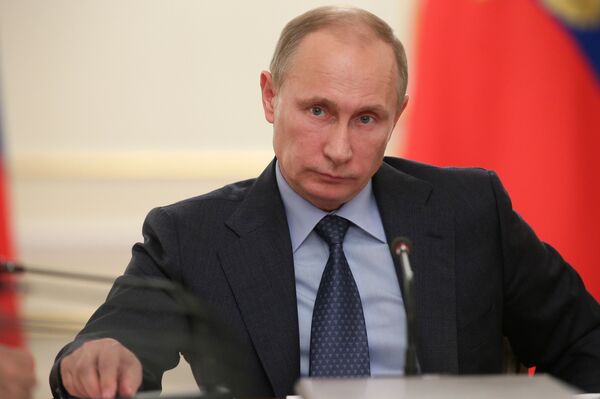 Russian President Vladimir Putin pledged to fight corrupt officials regardless of their rank or any other factors that may hinder the effort.

NOVO-OGARYOVO, November 15 (RIA Novosti) – Russian President Vladimir Putin pledged to fight corrupt officials regardless of their rank or any other factors that may hinder the effort.

“We will in the most serious way … continue eradicating this infection regardless of position or party membership,” Putin said at a meeting of the Agency for Strategic Initiatives, which is tasked with promoting the country’s development, including fostering young leaders.

“Let everyone know about that,” he said.

He said that more than 7,500 anti-corruption cases had been initiated only on the basis of evidence gathered by the Federal Security Service. The cases involved representatives of many parties.

Putin noted the case of a former Tula Region governor – a clear reference to Vyacheslav Dudka, who recently received over nine years in prison for taking a 40 million ruble ($1.2 million) bribe.

He also referred to other cases, including Wednesday’s detention of the mayor of the southern Russian city of Astrakhan, Mikhail Stolyarov, a member of the pro-Kremlin ruling party United Russia, who is reportedly suspected of extorting a $300,000 bribe.

Putin said he was monitoring the investigation into Stolyarov.

“Regarding such high-profile cases … law enforcement agencies preliminarily report to me about federal officials, about regional and municipal heads,” the president said.