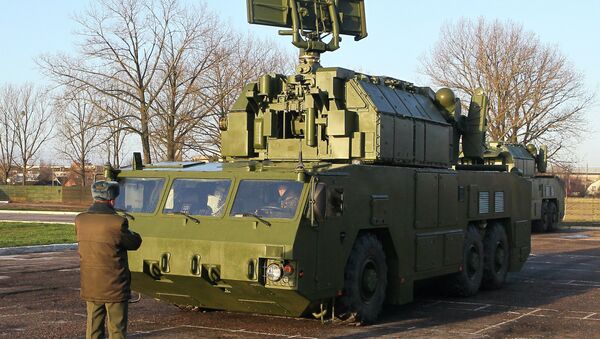 “We can say now that a unique air defense system in its class with an astounding precision and range has been created. Its performance surpasses all planned parameters,” said Sergei Druzin, head of research and development at Almaz-Antey.

Tor-M1 and Tor-M2U variants, armed with 9M331 missiles, are currently in service with the Russian army.

The new system, equipped with new 9M338 missiles, was successfully tested at the end of October.

“We carried out five launches targeting highly maneuverable drones. Three of the targets were hit head-on, while the other two were destroyed by shrapnel from exploding warheads. It is an excellent result, astounding precision,” Druzin said.

In addition, the smaller size of the 9M338 compared with its predecessor has allowed the carrying capacity of the launcher to be doubled, from eight to 16 missiles.

The official said the improved Tor-M2 systems and 9M338 missiles have been approved by a state commission for mass production.

“We can now start producing these missiles in quantities that would meet the demand of the Russian army,” Druzin said.

According to Druzin, the next step in the improvement of the system would be for launching missiles at acquired targets while on the move.

“The [mobile] launcher currently stops for two or three seconds to launch a missile, but it could be done on a move, without stopping,” Druzin said.