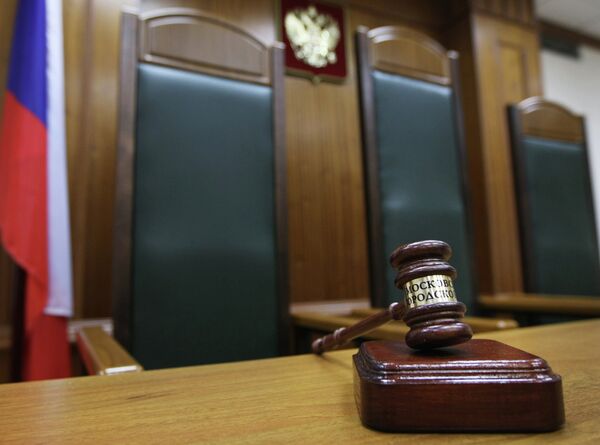 A juror was removed by the court last week after it emerged that he had a previous conviction for murder. Three more members of the jury subsequently quit, leaving the panel with less than 12 people.

The trial had been postponed for the sixth time in late October after a medical quarantine regime at a detention facility housing one of the defendants had to be kept in force.

The next jury try-outs are set for January 14.

Sergei Khadzhikurbanov, a former police officer, is one five suspects currently on trial, alongside the brothers Rustam Makhmudov, Ibragim Makhmudov and Dzhabrail Makhmudov, and their uncle Lom-Ali Gaitukayev.

Politkovskaya, a crusading reporter with the independent Novaya Gazeta newspaper, was shot dead at the age of 48 in the elevator of her central Moscow apartment building on October 7, 2006.

Her murder has been linked to her coverage of human rights abuses in Chechnya.

The murder trial has been marred by vitriolic accusations of underhand shenanigans and investigations into corruption.

The prosecutor alleged Thursday that the quarantine that kept Sergei Khadzhikurbanov out of court had been orchestrated by his defense attorney, Murad Musayev.

Musayev has himself is currently subject of a criminal investigation over claims he bribed witnesses in an unrelated trial.

The Investigative Committee said in a statement last week that Musayev paid witnesses to lie in court earlier this year in an attempt to secure the acquittal of a man accused of murdering a disgraced former army colonel.

Musayev has dismissed the charges, describing them as attempt by the authorities to derail his efforts to clear the Politkovskaya defendants.