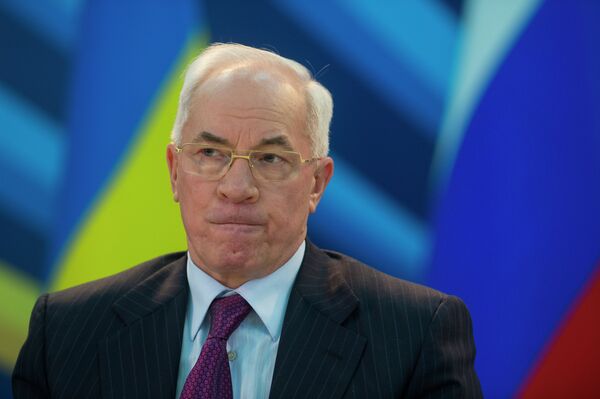 Nikolai Azarov told a Cabinet meeting that the situation as it stands was not in the interests of either country.

Tensions between the former Soviet neighbors have played out repeatedly in recent months and years in disputes over natural gas supplies and Russian bans on Ukrainian goods.

Azarov said he has been instructed to adopt specific measures to improve affairs by President Viktor Yanukovych and to refrain from inflammatory rhetoric that only serves to disrupt cooperation.

Political analysts have linked the disputes to Russia’s ongoing efforts to dissuade Ukraine from signing a trade deal with the European Union.

The move would dilute its economic dependency on Russia, which is trying to get Ukraine to join its Customs Union trade bloc instead.

The EU deal is under threat, however, as Ukrainian lawmakers tarry over measures to allow jailed former Prime Minister Yulia Tymoshenko to leave the country for medical treatment, which European officials have insisted on as a condition of the agreement.