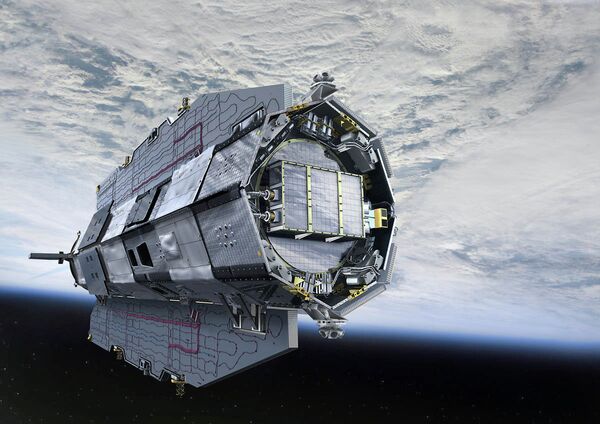 “ESA’s GOCE satellite reentered Earth’s atmosphere on a descending orbit pass that extended across Siberia, the western Pacific Ocean, the eastern Indian Ocean and Antarctica,” the agency said in a statement.

An estimated 25 percent of the satellite, dubbed the “Ferrari of space” for its aerodynamic design, reached the Earth’s surface, the agency's officials said. Reports said the debris had most likely fallen into the ocean.

The GOCE (Gravity field and steady-state Ocean Circulation Explorer) satellite was launched from Russia's Plesetsk space center by a Rokot vehicle in March 2009. The satellite, which has provided the most accurate and detailed 3D map yet of the Earth’s gravity field, ran out of fuel in mid-October and started losing altitude.

“In the 56 years of spaceflight, some 15,000 tons of man-made space objects have reentered the atmosphere without causing a single human injury to date,” said Heiner Klinkrad, head of the ESA’s Space Debris Office.