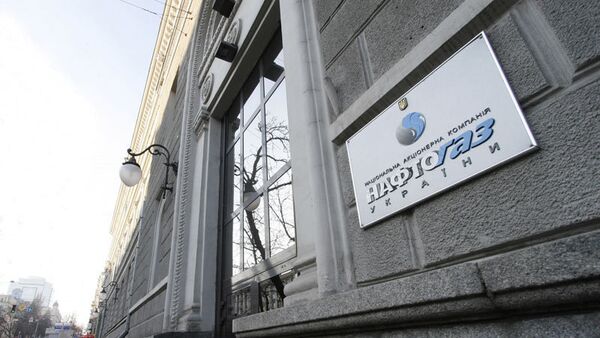 © RIA Novosti
Subscribe
International
India
Africa
Ukraine's deputy prime minister said Thursday that his government is unhappy at the drop in the amount of natural gas that Russia is delivering to Western Europe through Ukrainian pipelines.

KIEV, November 7 (RIA Novosti) – Ukraine's deputy prime minister said Thursday that his government is unhappy at the drop in the amount of natural gas that Russia is delivering to Western Europe through Ukrainian pipelines.

Gas deliveries have been the flashpoint of often testy relations between Moscow and Kiev, and the issue looks set to take center stage once again as Ukraine looks set to sign off on closer integration with the European Union later this month against Russia's express wishes.

Ukrainian Deputy Prime Minister Yuriy Boyko said he was dissatisfied with how the quantity of Russian gas passing through his country has steadily been falling.

“We have contracts for the transit of Russian gas with which we fully comply," Ukrainian Deputy Prime Minister Yuriy Boyko told reporters.

The amount of Russian gas being transited through Ukraine decreased year-on-year by 0.4 percent, to 62.5 billion cubic meters, over the first three quarters of 2013.

In periods of peak demand, Naftogaz takes Russian gas being exported through its pipelines to supply customers living in the 900-kilometer-wide country's eastern border regions. It compensates for those volumes by exporting fuel kept in storage facilities in western territories.

Falling Russian volumes could stand to put that arrangement at risk.

The angry rhetoric has sparked fears of a recurrence of 2006 and 2009 pricing disputes that saw Moscow temporarily shut off gas deliveries not just to Ukraine, but also to some EU countries.

Boyko said Thursday that Ukraine had paid 20 percent of the $882 million bill. But Gazprom complained earlier this week that it had received more “tears” than debt payments, Reuters reported.

Ukraine has been seeking to break its dependence on Russian natural gas. Boyko said Ukraine had succeeded in significantly reducing the amount of gas it buys from Russia by purchasing the fuel from European countries.

Relations between Moscow and Kiev are strained ahead of Ukraine’s plans to sign free-trade and association agreements with the European Union later this month.

The Kremlin has pushed Ukraine to join a Moscow-led Customs Union with Kazakhstan, Belarus and Russia.