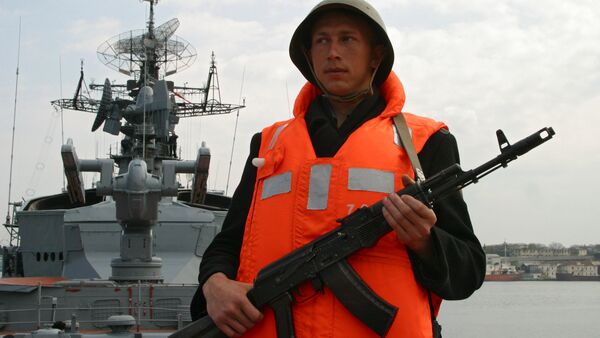 The active phase of the exercise will continue through November 9. It will include artillery drills with live ammunition firing, air defense and anti-submarine warfare drills.

The Ioniex-2013 exercise began Monday with a planning and coordination phase.

The Smetlivy, a Kashin-class frigate, is part of Russia’s permanent task force in the eastern Mediterranean, established late last year “to protect Russia’s interests in the region.”