US Puts Alleged Russian Hackers on FBI Most Wanted List 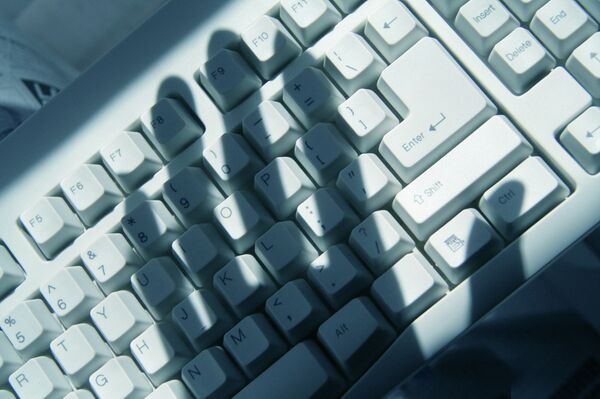 US authorities have placed two alleged Russian hackers on their most-wanted list of suspected cybercriminals, one for his purported role in a massive malware scam that targeted Apple’s iTunes store and the US space agency NASA.

WASHINGTON, November 6 (RIA Novosti) – US authorities have placed two alleged Russian hackers on their most-wanted list of suspected cybercriminals, one for his purported role in a massive malware scam that targeted Apple’s iTunes store and the US space agency NASA.

The US Federal Bureau of Investigation (FBI) is seeking the arrest of Andrei Taame, 33, and Alexei Belan, 26, in connection with separate alleged crimes involving computer-related fraud, the agency said on its website this week.

Both men are Russian citizens, according to the FBI, which is offering a $100,000 reward for information leading to Belan’s arrest and $50,000 for information resulting in Taame’s arrest. Russia’s constitution forbids it from extraditing its citizens to other countries, and Moscow does not have an extradition treaty with Washington.

Taame, born in Syria, is wanted for his alleged involvement in a scam to infect more than 4 million computers in more than 100 countries with malware that connected Internet users to fraudulent servers controlled by his alleged Estonia-based conspirators.

Taame and his accused conspirators “reaped at least $14 million in ill-gotten gains” thanks to the malware, in part by re-routing users trying to load websites such as Apple’s iTunes store, the movie rental service Netflix and the US Internal Revenue Service portal to sites owned by unrelated businesses, according to a 2011 indictment in US federal court.

The accused hackers are accused of collecting fees from the owners of the websites to which the malware directed traffic in the scheme, known as “clickjacking.”

The malware also engineered replacement advertisements that users of infected computers saw on websites including online retailing giant Amazon.com, US sports news behemoth ESPN.com, and the website of the respected US daily The Wall Street Journal, robbing the businesses of actual advertising revenue, according to the indictment.

More than 10 NASA computers were infected with the malware, causing more than $60,000 in damages, according to the indictment.

The US District Court for the Southern District of New York last week sentenced Aleksejev to eight years in prison and ordered a forfeiture of $7 million against him.

Four of the other alleged conspirators fingered in the US indictment are on trial in Estonia, whose supreme court in May cleared the way for three of the defendants to be extradited to the United States by declining to hear their case, Estonia Public Broadcasting reported.

Belan, meanwhile, is accused of intruding the computer networks of three major US-based e-commerce firms in Nevada and California and then stealing and reselling their user databases after encrypting the passwords of millions of the hijacked accounts, according to the FBI.

US authorities have issued two separate federal arrest warrants for Belan, who was born in Latvia, the FBI said.

He has been charged with using a computer to obtain information from a protected computer, possession of 15 or more unauthorized access devices, aggravated identity theft and fraud in connection with a computer.

The FBI said that Belan was last known to be in Athens, Greece, and that he “may travel” to countries including Russia, Greece, Latvia, the Maldives and Thailand.

Four of the 10 suspects on the FBI’s most-wanted list of alleged cybercriminals are listed by the agency as Russian nationals.