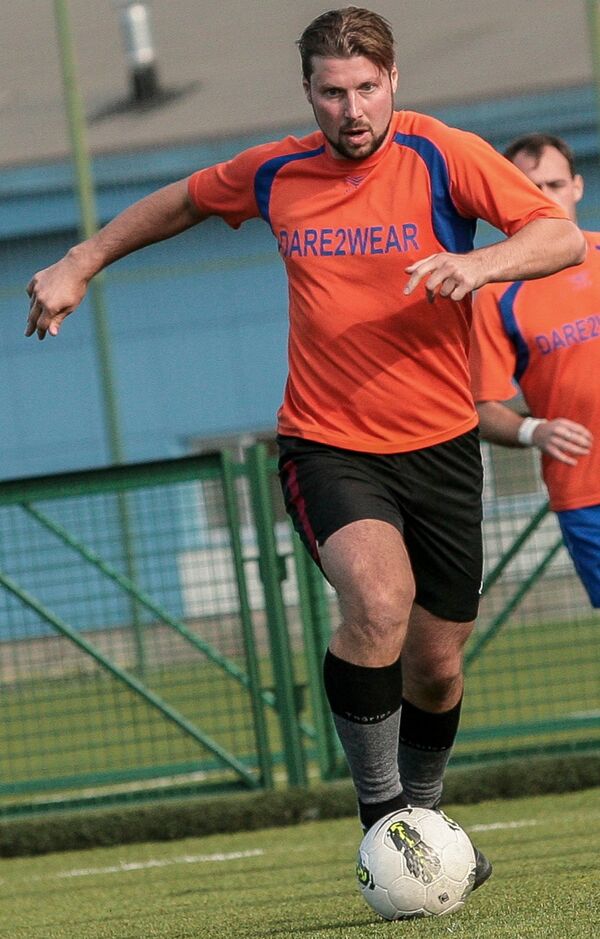 Russian investigators said Wednesday that an Orthodox priest with links to St. Petersburg’s Zenit football club is suspected of sexually abusing two children during a holiday trip to a Greek island.

Law enforcement officials say they have put Russian village priest Gleb Grozovsky on an international wanted list over allegations that he abused two underage girls at an Orthodox summer camp earlier this year.

Grozovsky, 34, is suspected of abusing the two girls, aged nine and 12, in June at a hotel on the territory of the Philadelphia Orthodox travel club on the Greek island of Kos, as well as committing “a range of similar crimes in St. Petersburg and the Leningrad Region,” the Investigative Committee said in a statement.

“… The accusations are fabricated and result from my social activism and firm civil stance,” Grozovsky wrote Wednesday on his page on the VKontakte social networking site.

He said that parents and children’s camp staff had been present during the trip and had “seen everything with their own eyes,” adding that he had been accompanied on the holiday by his family, including his four children.

Grozovsky has been suspended from the Orthodox Church’s St. Petersburg diocese pending the probe, meaning that he retains his priest status, but is not allowed to carry out any public duties.

The clergyman, who formerly served at a village church in the Leningrad Region, was identified by the Investigative Committee as an adviser to FC Zenit’s general director.

A spokesperson for Zenit said that Grozovsky, who studied at one of the city’s specialized football schools, doesn’t hold any official office at the football club.

Some of the club’s players had turned to the priest on an individual basis, the spokesperson said.

“We’ve known Gleb since 2007 and can give positive references,” the team’s spokesperson said.

A court issued an arrest warrant last Friday for Grozovsky, who is currently believed to be on a work-related trip to Israel. His defense has appealed the ruling.

The charges launched against the priest carry a maximum punishment of up to 20 years in jail. The accusations are a rare incidence of pedophilia-related cases involving Russian Orthodox clergy.

The administration head of the village where the priest formerly served said Wednesday that he was “amazed” to hear about the allegations, and gave a positive assessment of Grozovsky’s work.

“Young people are drawn to him, and he is a good organizer,” the mayor, Fyodor Gorbunov, told RIA Novosti.

Updated with the priest's comment, status details and reaction of local official.