Power Station Opens as Sochi Athletes Are Hit by Blackouts 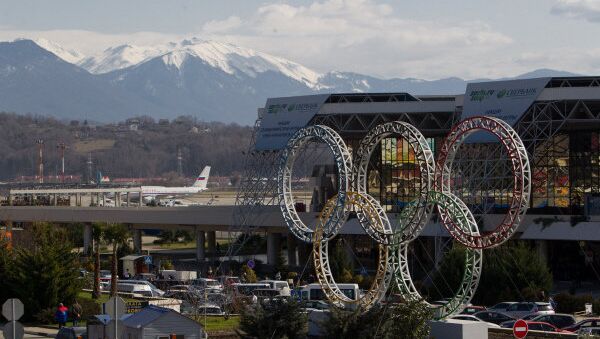 Russia will open a new power station Tuesday to guarantee electricity supplies for the Winter Olympics as athletes already training for the landmark event complain of blackouts.

MOSCOW, November 5 (RIA Novosti) – Russia was due to unveil a new $309 million power station Tuesday to guarantee electricity supplies for the upcoming Winter Olympics in Sochi just as athletes training for the event complained of blackouts.

Russia is hurrying to complete preparations for the 2014 Games, which are believed to have already cost more than $50 billion, making them the most expensive of all time.

The competition is scheduled to open in the Black Sea resort town of Sochi on February 7.

International athletes currently participating in preliminary training sessions at the specially built Olympic sporting venues have been complaining of rolling blackouts in the area around the ski resort of Rosa Khutor.

The tweet was accompanied by a picture of candles she was using instead of electricity.

Sanki Olympic Sliding Center, the venue for bobsleigh and luge events in the mountains outside Sochi, has been hit by power cuts that have reportedly disrupted training schedules and could damage conditions at the facility.

Venues for skiing and biathlon events are nearby.

The Dzhubginsky power station was originally due to be launched last week, but the opening ceremony was delayed.

The facility, which the Russian government approved in 2009 as part of its Olympic construction program, cost about 10 billion rubles ($309 million) to build, state-run Rossiya 24 television reported Tuesday.