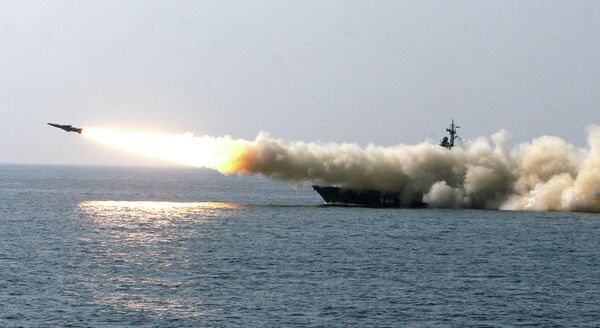 Russia and Italy are holding naval drills in the Mediterranean to improve interoperability in joint operations, a spokesman for Russia’s Black Sea Fleet said Tuesday.

A Russian Kashin-class frigate, the Smetlivy, arrived at the Italian port of Taranto on Monday to join the Ioniex-2013 exercise off the Italian coast on November 5-9, Capt. 1st Rank Vyacheslav Trukhachev said.

The frigate is part of Russia’s permanent task force in the eastern Mediterranean, established late last year “to protect Russia’s interests in the region.”

The Italian side is represented by the destroyer Durand de la Penne, the frigate Espero, a submarine and several naval aircraft.

The planning phase of the exercise will continue until November 6, followed by joint training missions in the Ionian Sea on November 7-9, Trukhachev said.