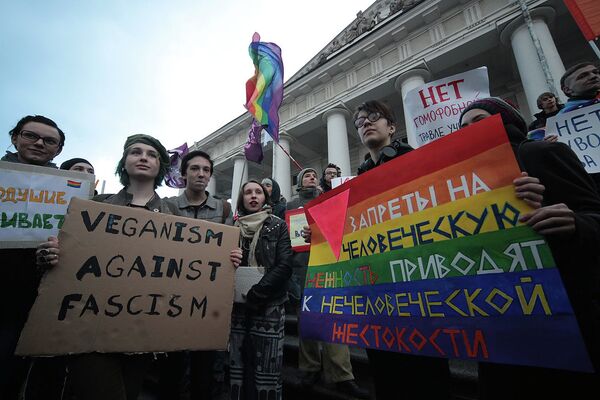 Activists told news portal Rosbalt that several people in masks forced their way into an office in central Saint Petersburg where the LGBT event was taking place and opened fire.

Local police confirmed the incident in a statement later that evening, and said that a young man inside the building at the time was hospitalized after being shot near the eye.

LGBT activist Anna Prutskova wrote on social networking site Vkontakte that she received light injuries to her back during the incident, and said that the attackers were carrying baseball bats as well as guns.

Clashes between LGBT activists and anti-gay groups occur regularly in Saint Petersburg, which was one of the first Russian cities to introduce controversial fines for "gay propaganda" among minors last year.

Critics say that the legislation, which provoked international condemnation when later adopted in a similar form at a federal level, is anti-gay and has stoked nation-wide homophobia. The Kremlin maintains that the law is designed to protect children, and does not prevent adults from making their own choices.