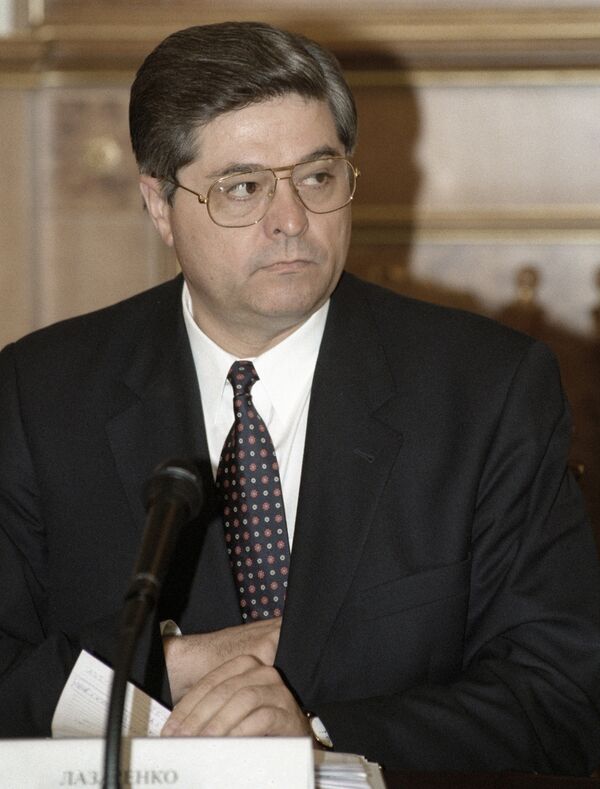 US authorities have confiscated the $6.75 million California mansion of former Ukrainian Prime Minister Pavlo Lazarenko in connection with his money laundering conviction nearly a decade ago and have also sanctioned the seizure of a Pablo Picasso lithograph that he is believed to own.

WASHINGTON, November 4 (RIA Novosti) – US authorities have confiscated the $6.75 million California mansion of former Ukrainian Prime Minister Pavlo Lazarenko in connection with his money laundering conviction nearly a decade ago and have also sanctioned the seizure of a Pablo Picasso lithograph that he is believed to own.

The sprawling 20-room home in the city of Novato, 30 miles (48 kilometers) north of San Francisco, was formally handed over to the United States last month in an Oct. 8 order issued by Judge Charles Breyer of the US District Court for the Northern District of California.

The mansion, where comedian Eddie Murphy reportedly once resided while filming a movie nearby, was seized as part of the US government’s efforts to recover $22.8 million from Lazarenko based on his 2004 conviction by a federal jury in San Francisco on charges of extortion, fraud and money laundering.

The seizure comes as Lazarenko, who served as Ukraine’s prime minister from May 1996 to July 1997, faces possible deportation from the United States following his release from federal prison last November after serving out a nine-year sentence.

A lawyer for Lazarenko in Ukraine, Viktor Chevguz, told the Ukrainian news portal Vesti that US immigration officials should consider his request to remain in the United States by the end of the year.

The United States has rejected repeated requests from Ukraine to extradite Lazarenko, citing the lack of an extradition treaty between the two countries.

Chevguz was quoted by Vesti as saying that if Lazarenko is ordered to leave the United States, it is unlikely he would return to Ukraine given the threat of prosecution there.

In late January, Ukraine’s prosecutor general accused Lazarenko and another former Ukrainian premier, Yulia Tymoshenko, of ordering the murder of Ukrainian businessman and lawmaker Yevhen Shcherban in November 1996. Both have denied any involvement in Shcherban’s death.

According to an affidavit filed in US federal court last month by a US Marshals Service official, Lazarenko and his wife arrived at the Novato mansion on Oct. 2 with two moving vans to retrieve personal property.

The Oct. 18 affidavit was filed in support of a warrant to seize a Picasso lithograph and an expensive vase Lazarenko is believed to own.

The lithograph, titled “Femme au Chignon,” or “Woman With Bun,” was at the center of a bizarre heist in May 2012 after local police said more than 100 teenagers had broken into Lazarenko’s mansion and held an alcohol-fueled party, The Marin Independent Journal reported.

The partiers scattered when police arrived and evaded arrest, but the caretaker of the property called police and said the painting was missing along with silver candlesticks worth $5,000, laptop computers and leather coats, according to the report.

Several days later the painting was found leaning against a fence in the area and returned to police by a local citizen.

“It’s something that you don’t find usually on your morning hikes,” Greg Atamaniuk, the man who reportedly found the lithograph, told The Marin Independent Journal.

Breyer authorized the seizure warrant for the lithograph on Oct. 18, allowing “any authorized law enforcement officer” to confiscate the piece and ordering it to be seized by Dec. 1, according to court documents.

It was not immediately clear whether it had already been confiscated as of Monday.