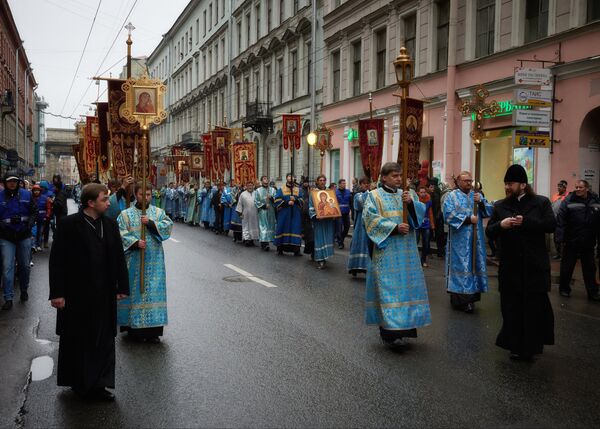 “No violations of public order took place during the event,” the spokesman said.

The procession began half an hour later than scheduled due to large number of believers willing to take part.

It ended near the city’s biggest Orthodox church, Saint Isaac's Cathedral, where a service was held to commemorate Russia’s National Unity Day. Those who were unable to enter watched the service on two huge TV screens flanking the cathedral.

The National Unity Day was introduced by the Kremlin in 2005 to replace the communist holiday of November 7 celebrating the 1917 Bolshevik Revolution.