Migrants Behind 1 in 6 Crimes in Moscow Region – Police 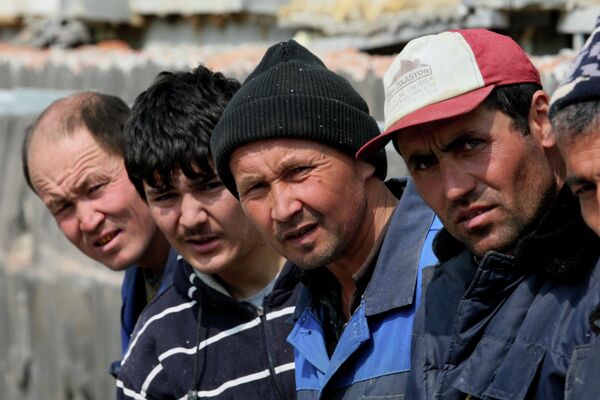 © RIA Novosti . Vitaly Ankov
/
Go to the mediabank
Subscribe
International
India
Africa
A senior Moscow Region police officer said Thursday that over 16 percent of crimes in the region are committed by foreign migrants.

MOSCOW, October 31 (RIA Novosti) – A senior Moscow Region police officer said Thursday that over 16 percent of crimes in the region are committed by foreign migrants.

Deputy head of the Moscow Region police Viktor Ishchenko was speaking at a news conference about the authorities’ action to address inter-ethnic violence and crime weeks after an anti-migrant riot on the outskirts of Moscow.

Ishchenko said that foreigners have committed 463 felonies in the region since the start of the year, including 56 murders and 35 rapes, and that these figures are down year-on-year.

On October 13, a crowd of locals and violent nationalists in the Moscow suburb of Biryulyovo targeted a wholesale food market that employed a large number of migrants, after the fatal stabbing of a local man was blamed on a foreign migrant.

With inter-ethnic tensions running high, law enforcement agencies have tried to de-fuse the situation by reassuring the public that they are cracking down on violations of migration law.

Police have, in particular, launched a series of raids on markets that are known for using migrant labor.

Speaking Thursday, Ishchenko said 90 marketplaces had been closed in the Moscow Region in 2013, including 18 in October.

With 7 million residents, Moscow Region is Russia’s second most populous area after the capital itself.

There were 1 million legal migrants in the region last summer, or 12.5 percent of the total population, according to the Federal Migration Service.