Last week, Hossein Naqavi Hosseini, deputy head of the Iranian parliament’s security committee, said the Tehran reactor “has its required fuel at the moment, and there is no need for further production.”

Reacting to the statement, Foreign Minister Mohammad Javad Zarif told a press conference in Johannesburg, South Africa, that the 20 percent enrichment would continue in order to power the reactor.

The minister emphasized that the enrichment would be performed under the supervision of the United Nations nuclear watchdog, the International Atomic Energy Agency.

He said Tehran would push ahead with nuclear talks with world powers “with good faith” and “with determination to reach understanding and with hope to reach an understanding at an early stage.”

Iran on Thursday finished two days of expert-level talks about its nuclear program with six major world powers in the Austrian capital, Vienna. The talks began a day after negotiations between Iran and the IAEA, which both sides described as “productive.” 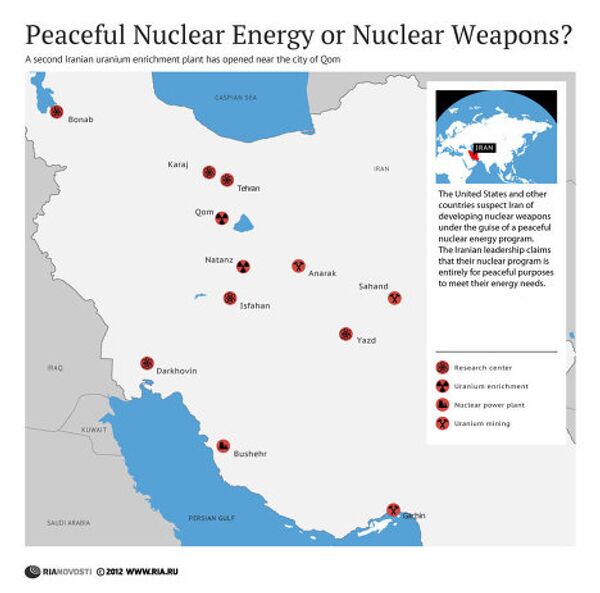 A diplomatic source told RIA Novosti earlier this month that Iran proposed to the so-called 5+1 powers – the five permanent UN Security Council members and Germany – that Iran would temporarily halt 20 percent enrichment in exchange for a partial lifting of economic sanctions against the country.

The next round of negotiations in Geneva is scheduled for November 7-8.

Western powers have expressed concern that Iran’s nuclear program could potentially be used to make weapons.