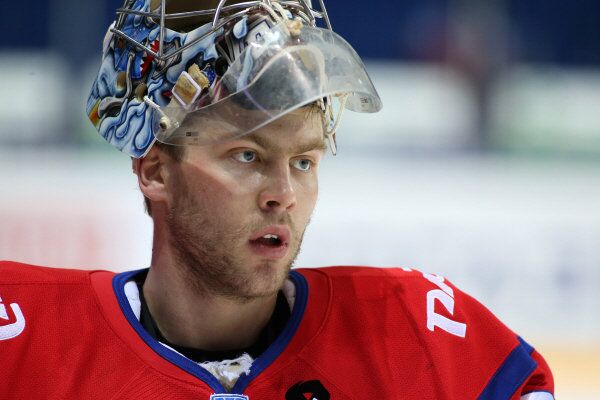 A Colorado judge Thursday set a $5,000 bail for Russian hockey goaltender Semyon Varlamov after he was arrested for allegedly stomping on his girlfriend and dragging her by her hair.

WASHINGTON, October 31 (RIA Novosti) – A Colorado judge Thursday set a $5,000 bail for Russian hockey goaltender Semyon Varlamov after he was arrested for allegedly stomping on his girlfriend and dragging her by her hair.

Varlamov, who appeared in court wearing a yellow jail jumpsuit, was granted permission to travel during Thursday’s hearing. But Denver County Judge Claudia Jordan ordered him to stay away from his accuser and not contact her, The Associated Press (AP) reported.

The Colorado Avalanche starting goalie, who is expected to play some part in February's Winter Olympics in Sochi, faces a second-degree kidnapping charge that carries up to six years in prison under state law, while the assault charge is classed as a misdemeanor.

Varlamov, 25, turned himself in Wednesday and spent the night in jail, the Denver Post reported.

Varlamov’s girlfriend told police that at her home Monday, the hockey star knocked her to the ground, stomped on her chest with his foot, dragged her by her hair into another room, according to a Denver police report released Thursday.

She claims he told her in Russian that “if this were Russia, he would have beat her more,” according to the report.

“There will be a hearing, and only afterwards will we be able to give some kind of comment,” Alexander Varlamov said. “I can only say one thing with complete responsibility: No crime has been committed whatsoever.”