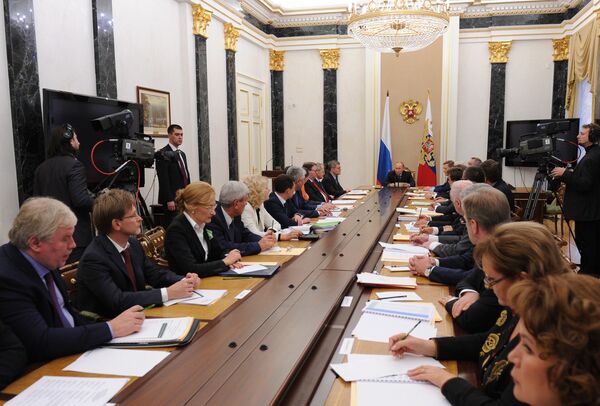 Speaking at a session of the Anti-Corruption Council, Putin said 692 people had been found guilty on corruption charges in the first half of this year, but “only eight percent of bribe-takers were sentenced to prison terms.”

“Most of them were ordered to pay fines, which the criminals are not paying by finding all possible loopholes in the law,” he said.

The president said, however, that the number of corruption-related crimes had decreased in the country in the first six months of this year, totaling 29,500 in comparison to 34,000 in the same period of 2012.

“But we definitely need to analyze these figures,” he said. “There is no room for self-complacency in considering the hidden and latent nature of corruption crimes.”

The president also said the fight against corruption in the judiciary and law enforcement should be particularly brutal, as it “erodes public trust in the authorities and state policy.”

The Russian government has been campaigning for years to stamp out corruption among officials, but with little apparent success. Russia was ranked 133rd of 174 countries in Transparency International’s Corruption Perceptions Index last year.