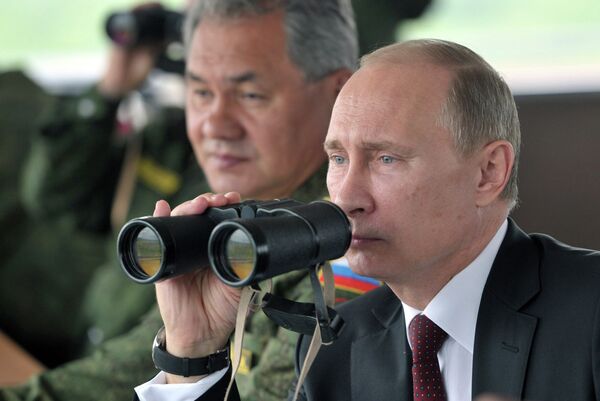 The Defense Ministry has confirmed the launches of two silo-based and sea-based ballistic missiles apiece as part of the snap check drills.

“Both missiles hit the designated targets at the Kura testing range on the Kamchatka Peninsula,” the statement said.

The Defense Ministry said in a separate statement that Russian strategic submarines – the Delta IV-class Bryansk from the Northern Fleet and the Delta III-class Svyatoy Georgy Pobedonosets from the Pacific Fleet – launched ballistic missiles while submerged in the Barents and the Okhotsk seas.

The ministry said the drills confirmed high degree of readiness of the Russian nuclear deterrent and the efficiency of all tiers of the combat control structure.

“The ADF units destroyed over 15 drones simulating aircraft and ballistic missiles flying at various altitudes and speeds in a massive strike [against Russian air defenses],” the Defense Ministry said.

The drills were the latest in a series of surprise combat-readiness checks since January and follows a major shake-up at the top of the country’s military establishment, tarnished by persistent evidence of rampant corruption.

The previous snap check, in July, was the largest in the post-Soviet period and involved some 160,000 servicemen, about 1,000 tanks and armored vehicles, 130 aircraft and 70 warships from the far-eastern and central military districts.

Defense Minister Sergei Shoigu, who took the post in November 2012, has said snap inspections of combat readiness will be conducted regularly and will involve all branches of the Russian Armed Forces.

Updates with statement on air and missile defense drills at the Kapustin Yar testing range.