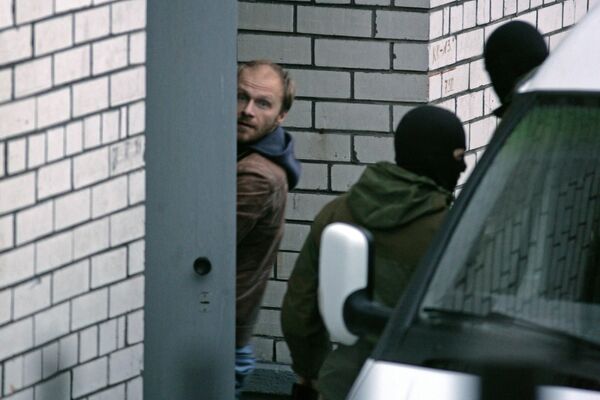 Greenpeace said on its Twitter account that Anthony Perrett of the UK and Russian freelance photographer Denis Sinyakov have been “presented with hooliganism charges by Russia's Investigative Committee.”

Earlier in the day, Greenpeace spokeswoman Maria Favorskaya said the same charges had been brought against Argentinean nationals Miguel Hernan Perez and Camilla Speziale and Colin Russell of Australia.

A dozen other activists have been charged with hooliganism since last week.

The hooliganism charges are being pressed after Russian authorities said they would drop the initial accusation of piracy against the so-called Arctic 30: a group of 28 Greenpeace activists and two journalists currently being held in pre-trial detention in the northern Russian city of Murmansk.

Hooliganism is punishable by up to seven years in prison, while the maximum punishment for piracy in Russia is 15 years.

Russian investigators earlier said some of the detained activists could face additional charges, including “assault on an official on duty.”

Russia seized the Greenpeace ship, the Arctic Sunrise, and its multinational crew after several activists tried to scale an offshore oil rig belonging to Russia’s state-run gas giant Gazprom on September 18. The environmental group is adamantly opposed to drilling in the Arctic because it says an oil spill would be impossible to clean up using existing technology.