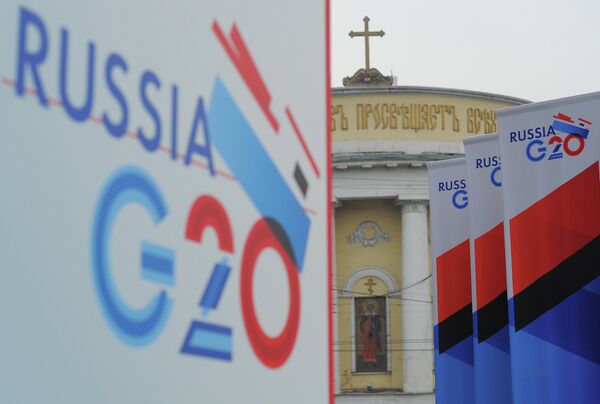 President Vladimir Putin’s spokesman said Tuesday that media reports claiming that Russian special services tried to spy on foreign delegates during a recent G20 summit were an unsubstantiated attempt to divert attention away from more pressing espionage allegations against Washington.

According to a report in Italy’s Corriere della Sera newspaper, complimentary USB flash drives and mobile phone chargers that were given to delegates during last month’s G20 summit in St. Petersburg were capable of covertly gathering information from laptops and mobile phones.

“We don’t know the sources of the information [published by the Italian paper]. However, this is undoubtedly nothing but an attempt to shift the [public] focus from issues that truly exist in relations between European capitals and Washington to unsubstantiated, non-existent issues,” Russian presidential spokesman Dmitry Peskov told RIA Novosti.

Corriere della Sera said in its front-page story that initial suspicions were voiced by European Council President Herman Van Rompuy upon arriving in Brussels after the summit. He reportedly asked his security experts and Germany’s secret service to analyze gifts that members of his delegation had received in St. Petersburg.

A memorandum that was then sent out to G20 members indicated that the electronic devices could indeed be used for information-gathering, the newspaper said. However, the newspaper did not rule out that the claims could be a “trap” intended to “embarrass the Russians.”

The report came on the heels of recent media articles alleging that the US National Security Agency spied on many of Washington’s allies in Europe, such as Germany, France, Spain and Italy. The revelations, based on data earlier provided by fugitive US intelligence leaker Edward Snowden, suggested that US special services covertly monitored millions of telephone calls, including those by heads of at least 35 states.

Russia turned down a US extradition request for Snowden and granted him temporary asylum earlier this year.