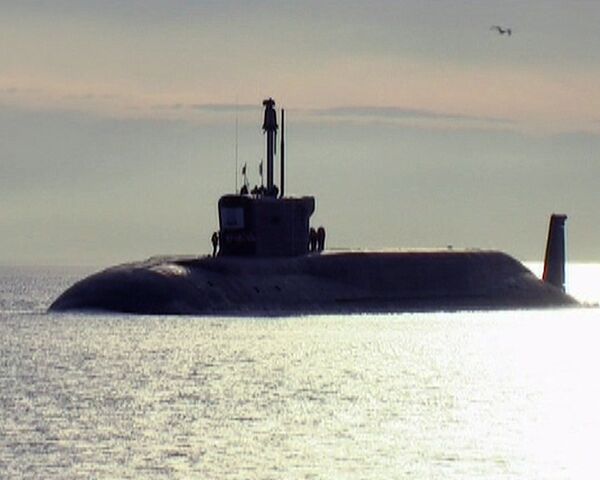 Work on the Borey-class project is “on schedule,” the Sevmash shipyard said, without providing any indication of when the submarine would join the navy.

The Alexander Nevsky was expected to be handed over to the Navy on November 15, while the other Borey-class sub was due to be commissioned in mid-December, Sevmash chief Mikhail Budnichenko said in July. However, the adoption of both of those submarines depends on the success of the Bulava test launches.

Including that latest failure, eight out of 19 or 20 test launches of the troubled Bulava have been officially declared unsuccessful. The Russian military has repeatedly stated that there is no alternative to the Bulava.

The three-stage Bulava carries up to 10 MIRV warheads, has a range of over 8,000 kilometers (5,000 miles) and is designed for deployment on Borey-class nuclear submarines. 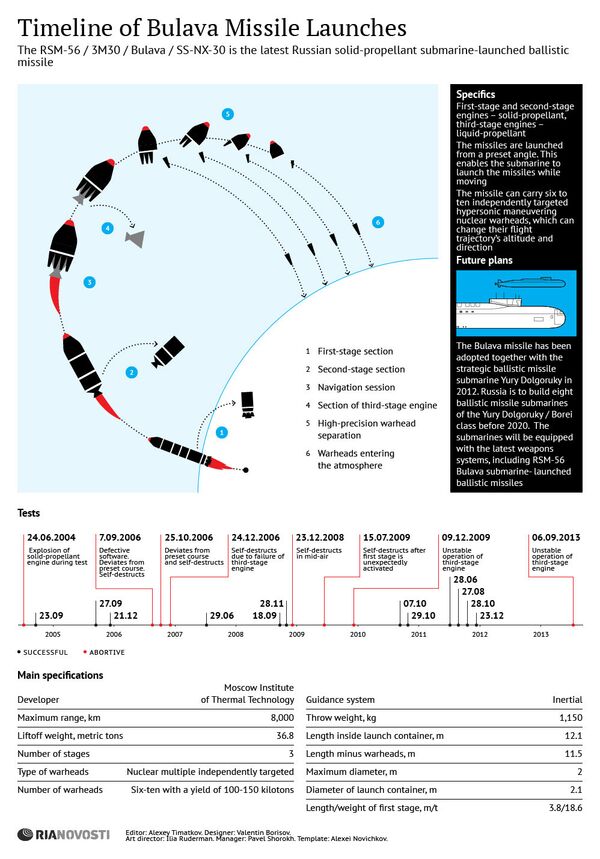