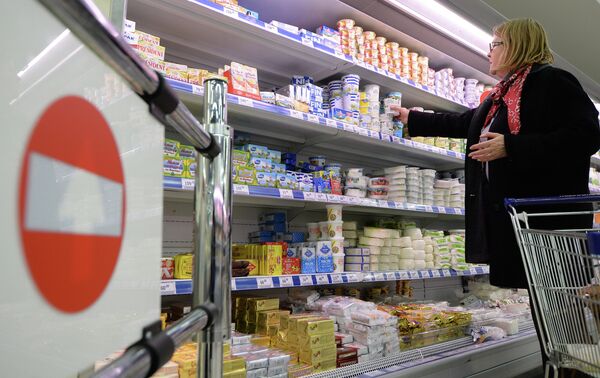 Lithuania, which currently holds the rotating presidency of the European Union, has provoked Moscow’s anger by its strong support for former Soviet states seeking closer ties with Europe.

Rospotrebnadzor, Russia's consumer rights watchdog, said in a statement that a group of its experts had formulated a series of requirements for dairy imports to resume from the small Baltic state, after spending five days in the country to familiarize themselves with government regulation of the dairy industry.

For the ban to be lifted, Lithuania must establish why phthalates were discovered in its dairy products, ensure the contents of its dairy products conforms to what is indicated on the label, translate technical documents about dairy product manufacture into Russian, consider Russian demands about tagging, take measures to increase the responsibilities of dairy producers, and develop systems to share information about violations discovered during laboratory testing, Rospotrebnadzor said.

Lithuania maintains that Russia’s “milk wars” are an attempt to exert political pressure. Lithuania is due to host a key EU summit in November during which several former Soviet states, including Ukraine and Moldova, are expected to sign free trade agreements with the EU.

Russia’s ban on Lithuanian dairy products, which was introduced earlier this month, has been condemned by the European Union, and Vilnius has threatened to refer Russia to the World Trade Organization over the issue.