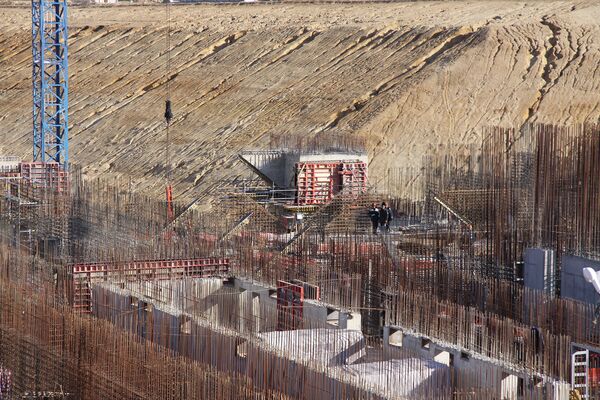 The tender, worth 695 million rubles (some $22 million), stipulates the completion of construction by November 25, 2015.

The newly appointed head of Roscosmos, Oleg Ostapenko, said Friday that the Vostochny project included construction of two launch pads: one for Soyuz-2 and another for Angara-family carrier rockets.

The initial launches at Vostochny are slated for 2015, while the entire space center is scheduled for completion by 2020.

The Vostochny space center is intended to reduce Russia’s reliance on Baikonur, located in the steppes of southern Kazakhstan and currently leased by Moscow.

Vostochny is expected to host 45 percent of Russia’s space launches and all its manned flights from 2020, while Baikonur’s share will fall from 65 percent to 11 percent, with the remainder going to Plesetsk in Russia’s Far North, according to Roscosmos.

The spaceport will occupy more than 1,000 square kilometers (386 square miles) in the Far Eastern Amur region.

Soyuz-2 is a three-stage carrier rocket for placing payloads into low-Earth orbit. The Soyuz-2 family includes 2.1a, 2.1b and 2.1v variants.

The first two variants are modifications to the Soyuz-U launcher. The Soyuz-2.1v is a “light” version, without side boosters.

Soyuz-2 launches are currently carried out from Plesetsk and Baikonur.