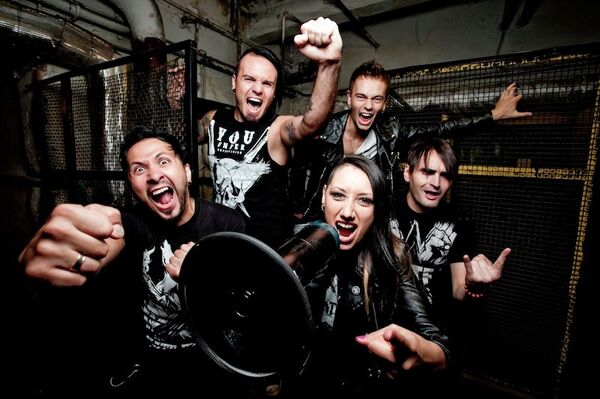 “There is more to Russian pop culture than Pussy Riot – though you wouldn't know it in America,” the newspaper said in an article about the band Louna.

“But the members of heavy metal band Louna want to open American ears to the sonic culture of their homeland – or at least to their own new hard and heavy rock 'n' roll,” it said.

The article quoted Louna vocalist Lousine “Lou” Gevorkian as saying that the band has played mainly for American audiences – not Russian-Americans more attuned to Russian culture – who have shown only little surprise that the Russian metal band is “not playing balalaika music.”

“American people are very open to new music and experiences,” she said.

Moscow-based Louna has been touring the United States to promote the band’s first English language CD, “Behind a Mask” which was released earlier this year. Titles on the disc include “Fight Club,” “The End of Peace” and also the gentler sounding “Mama.”

Still, while Louna’s primary goal is to popularize the band’s music, Gevorkian still found herself drawn into discussing politics, according to the Plain Dealer article.

"On the surface, there is freedom of speech in Russia," Gevorkian told the paper. "But you soon realize there really is not. You can't say what you want about the government, or the church. Look at Pussy Riot, they didn't hurt or kill anyone, they just sang a song in a church, and they went to jail for that."