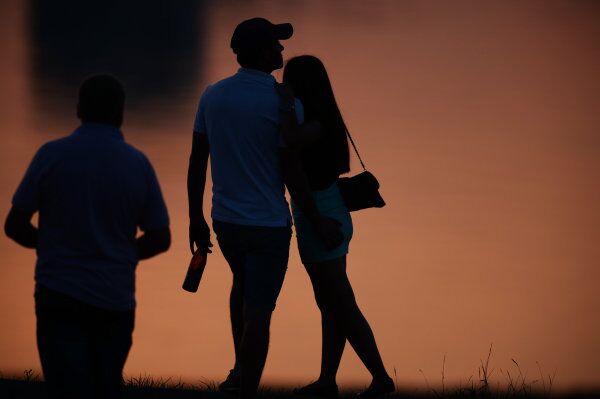 © RIA Novosti . Konstantin Chalabov
Subscribe
Women, take note: if you’re walking down the street with a male friend and he slows down to walk at your pace, he might have sexual designs on you.

WASHINGTON, October 25 (RIA Novosti) – Women, take note: if you’re walking down the street with a male friend and he slows down to walk at your pace, he might have sexual designs on you, according to a US study published this week.

The study, conducted by researchers at Seattle Pacific University in Washington state, found that although men naturally walk at a faster pace than women, they will slow their pace significantly to match a woman’s pace, if she is their romantic partner.

If the walking partner is just a friend, either of the same or opposite sex, men do not significantly change their ambulatory pace, said the study, which was published on the PLoS One science and medical research website.

Anthropologist Cara Wall-Sheffler, who led the study, said the differences in pace could be a way of protecting a woman’s fertility. She explains that a woman who expends too much energy, such as by walking above her optimal pace, could stifle ovarian function, which could prevent conception, while men’s sperm production, on the other hand, is impervious to “even high energetic outputs.”

The study also found that when a woman and man who are just friends walk together, they both adjust their walking speed to meet the other halfway.

That’s not because they’re busy chatting, the study says. The reason given by the authors for the slow pace of girls-only strolls was that “women report feeling extremely close to their female friends.” Men don’t say the same about their man-friends, and walk slightly more quickly when strolling with a male pal than they would alone.