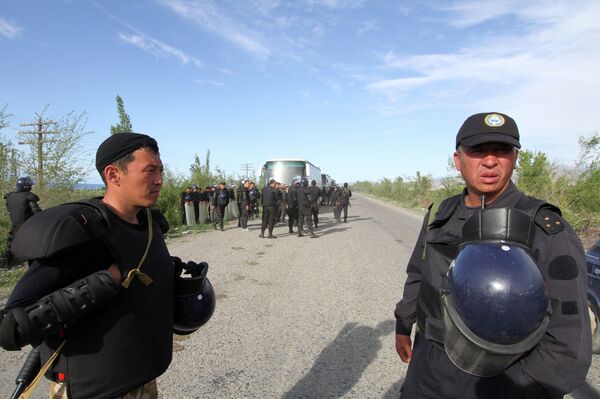 Ex-Finance Minister Bolot Abildaev and Former Ecology and Emergency Situations Minister Temirbek Akmataliev have been detained as part of the investigation into the “restructuring of the Kumtor project in 2003,” the Prosecutor General’s Office said.

Prosecutors are investigating instances of “obviously unfavorable conclusion of agreements on the Kumtor project between 1992 and 2009,” the local Akipress news agency said.

Abildaev, who was dismissed after Kyrgyzstan’s 2005 Tulip Revolution that ousted Askar Akayev, is general director of the Gazpromneft Asia company, a subsidiary of Russian energy giant Gazprom.

Akmataliev, who was the country’s finance minister in 2001, is currently the head of the real sector department at the Economy Institute under the Kyrgyz National Academy of Sciences.

Earlier this week, the Kyrgyz parliament asked prosecutors to disclose any officials linked to deals that have “inflicted damage” upon the country’s environment as well as its economy.

The parliament earlier demanded that the government unilaterally renounce all agreements with Canadian investors that were signed during the presidency of Akayev as well as Kurmanbek Bakiyev, who also fled the country after opposition protests in 2010.

The Kumtor mine, one of the largest in Central Asia, holds estimated deposits of at least 700 tons of gold and accounts for some 12 percent of the country's GDP. The mine has for the past year been at the center of a tussle between Toronto-listed Centerra Gold and Kyrgyzstan, which has fought to boost its control over the project.