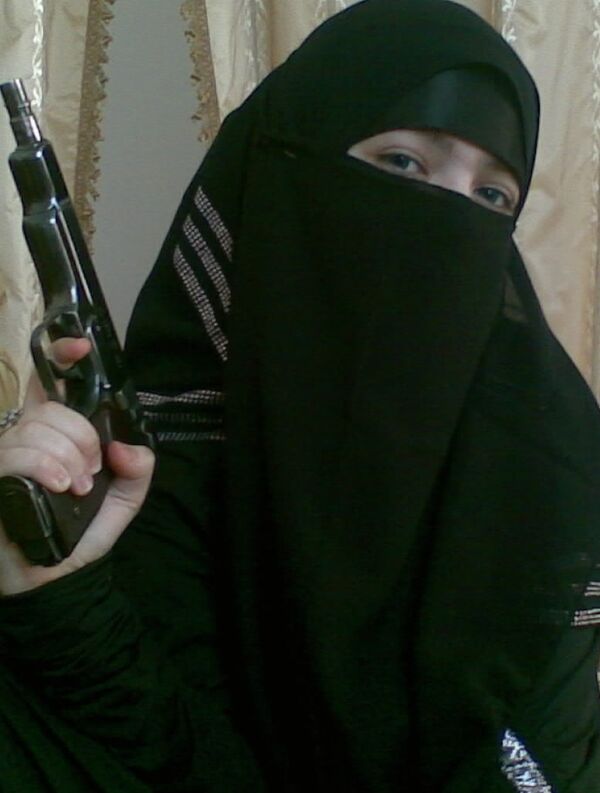 Investigators say that moments after Naida Asiyalova, a wan 30-year-old from Russia's violence-plagued republic of Dagestan, boarded a public bus one afternoon this week in the city of Volgograd, the bomb she was carrying exploded, claiming six lives.

MOSCOW, October 24 (Nabi Abdullaev, RIA Novosti) - Investigators say that moments after Naida Asiyalova, a wan 30-year-old from Russia's violence-plagued republic of Dagestan, boarded a public bus one afternoon this week in the city of Volgograd, the bomb she was carrying exploded, claiming six lives.

The apparent attack serves as another reminder of the grim effectiveness of female suicide bombers, who have taken part in 20 attacks claiming at least 780 lives across Russia since June 2000, or an average of 60 lives a year.

Even without including the death tolls from two major attacks involving explosive-bearing female militants - the hostage crisis at Moscow's Dubrovka Theater in 2002 and the seizure of a school in the southern town of Beslan in 2004 - female suicide attacks in Russia have killed more than 24 people a year or nearly 18 people each. Recalculated to exclude a six-year lull in such attacks, the numbers rise to over 44 people per year, or more than 110 counting Dubrovka and Beslan.

The authorities' mixed history in combating this form of militancy, ranging from helplessness to temporary success, will inspire both anxiety and hope as Russia prepares to host the Winter Olympics in Sochi, a city a few hundred kilometers away from the heart of the unrelenting unrest in the North Caucasus.

While Russian and Western analyses of female suicide bombers have largely attributed the phenomenon to the psychological trauma wrought on individual women by the brutality of conflict, there is growing evidence to suggest that the attackers are high-visibility end players in organized campaigns of terror.

A big question for Moscow as Sochi approaches will be how well its security services can identify and thwart these organizational networks.

First Wave of ‘Black Widows' Rises and Falls in Chechnya

The first attacks by female suicide bombers - dubbed Black Widows by the international media - happened in Chechnya, shortly after the Russian army undertook its second attempt to uproot the republic's separatist movement in 1999.

By then, in contrast to the first, largely secular, Chechen campaign for independence, the insurgency had been heavily infiltrated by Islamist militants, many of them Arab fighters that brought in increasingly nihilistic tactics, like suicide bombings. 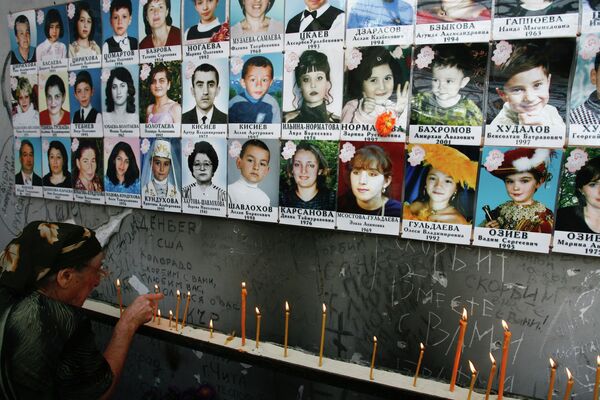 After the Beslan school seizure, which left 331 dead, many of them children, Russian security officials cracked down, concentrating intelligence and combat resources against Arab fighters and radical Islamists in the ranks of Chechen rebels. In a matter of months, many of them left the region or were eliminated in sting operations.

This suggests that the intense onslaught against the Chechen-sourced insurgency could have wiped out the institutional expertise behind suicide missions, as there is little reason to believe that traumatic experiences like those presumed to have provoked earlier attacks had suddenly disappeared.

No Woman Is an Island: The Shift to Dagestan

Since female suicide bombings in Russia resurfaced in 2010, all the attackers have hailed, like Asiyalova, from Dagestan.

This consistent, specific geographic origin, along with a handful of other clues, suggests that the skills and knowledge needed to organize such attacks have also migrated to Dagestan.

Another indirect indication that these women do not act independently lies in their attacks' high value for a broader terrorist agenda.

The sheer dramatic impact of the strategy invariably draws substantial media attention, creating a compelling narrative that brings the underlying causes into focus, even to horrified spectators. And fears elicited in the immediate aftermath of attacks are sometimes so powerful that Russian travelers have reportedly refused to fly in planes together with women perceived to be dressed like devout Muslims.

Also, attacks by female suicide bombers often come clustered in time and involve groups of people or multiple accomplices, also pointing to systematic outside coordination. Prime examples include the simultaneous bombings of two airborne planes on August 24, 2004, and two Moscow metro stations in 2010. 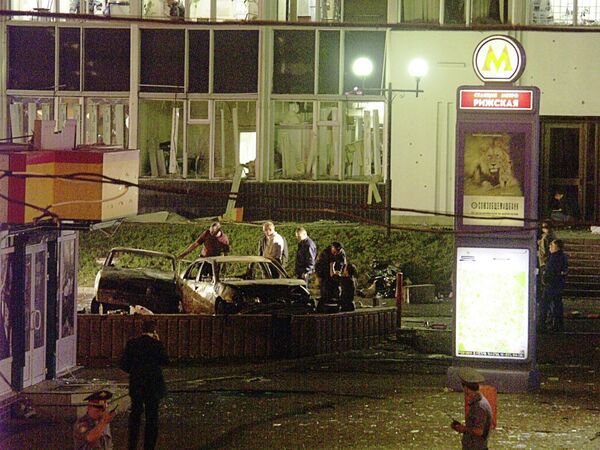 A number of other high-profile bombings indicate that female suicide bombers are not fully in control of their own actions. In Beslan, terrorist leader Ruslan Khuchbarov reportedly blew up one of two female accomplices inside the school when she protested against holding hundreds of children hostage.

A month earlier, in August 2004, a female suicide bomber blew herself up near Moscow's Rizhskaya metro station, killing 10 people, including alleged militant Nikolai Kipkeyev who was following her in a crowd.

A theory circulated by Russian law enforcement officials stated that the explosive belt was, in fact, detonated by a third accomplice.

None of the 19 female militants involved in the Dubrovka theater hostage-taking set off the explosives strapped to their bodies, although some surviving hostages have said they saw some of the women frantically trying to detonate the bombs.

As violence and discontent in the North Caucasus continue to simmer, would-be organizers of suicide attacks have a steady pool of potential recruits among women.

The vast majority of female suicide bombers have been the common-law wives of fighters and usually have little chance of reintegrating into local society, especially after their husbands have been killed by security forces.

Returning to their family homes only serves to jeopardize relatives, who invariably become targets of security crackdowns. With limited options, some women choose to sacrifice themselves for the cause.

Government Response: A Step Behind?

If these arguments hold true, Russian officials need to focus on hunting down those who play a central role in orchestrating female suicide bombings as a tool in North Caucasus terrorism.

Because the government tends to be relatively non-transparent in its anti-terror strategies, it is hard to know what efforts it is exerting to this end. But its cruder and more heavy-handed approaches have had mixed success. 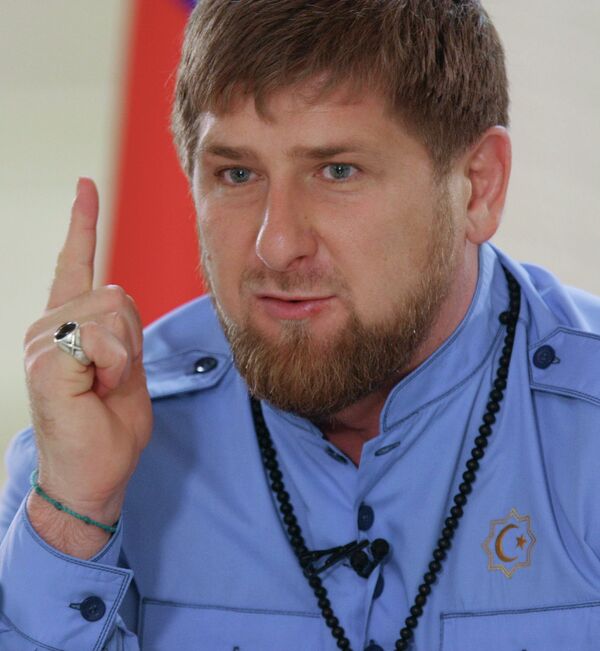 Over the past dozen years, many of the state's tactics have focused on controversial punishments against perpetrators' families - like demolishing their homes or depriving them of the right to retrieve the attacker's body for burial.

In a similar vein, President Vladimir Putin last month submitted a bill to the State Duma that would force relatives of terrorists to cover the costs of damage caused by attacks.

When it comes to female suicide bombers, however, there are multiple accounts of perpetrators cutting ties with their families before a mission, undermining the impact of such measures or triggering even greater discontent if they are introduced.

In Chechnya, the Kremlin's success in stamping out suicide bombings has been linked in part to its appointment of a reliable and feared strongman, Ramzan Kadyrov, under whose rule explicitly separatist and jihadist sentiments have been ruthlessly quashed.

Dagestan, however, may be a harder nut to crack.

Unlike Chechnya, the republic is neither mono-ethnic nor depleted by years of war. Its complex clan networks, often based on ethnicity, have led to an idiosyncratic model of checks and balances. As a result, the Kremlin cannot invest a single leader with near-absolute power, as it has done with Kadyrov, since this would trigger widespread discontent and countervailing alliances among the groups who feel sidelined.

To make matters thornier, Dagestan's militant groups - whose agendas range from personal vendetta to protection racket to Islamism - often play a role in the republic's murky power politics. Many local strongmen cooperate with them when it suits their purposes - a problem referred to publicly by the Kremlin's recently appointed local leader, Ramazan Abdulatipov.

With such complex power dynamics, federal authorities face a huge challenge in trying to stop the organizational machinery behind the region's suicide-bomber franchise.