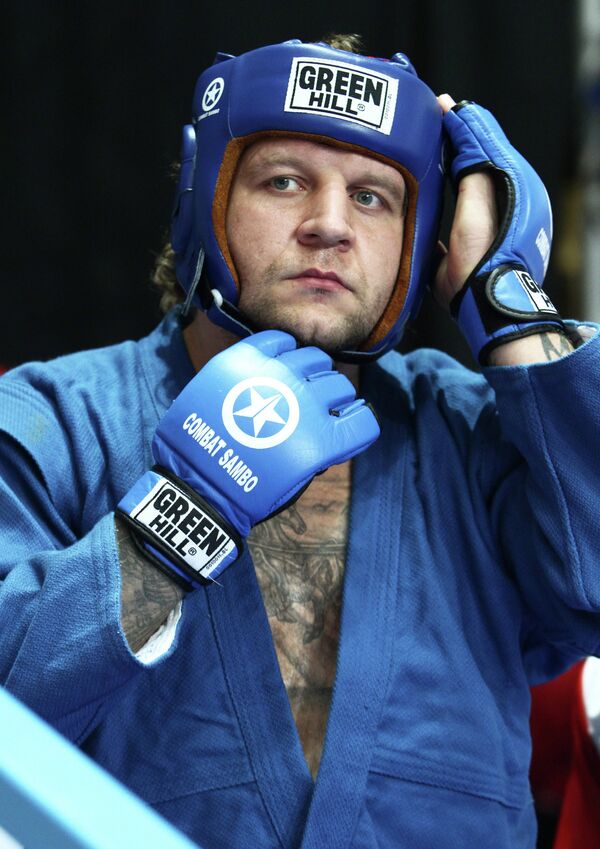 The victim was hospitalized with serious injuries, police said, after a dispute Wednesday in a cafe in southeastern Moscow. A hunt was launched for the 31-year-old fighter, who was subsequently taken in for questioning, police said.

Speaking Thursday, Emelianenko's lawyer denied the allegations. "There was no assault, there was just a conflict that ended in a fight," he said.

Alexander Emelianenko was fined by a Siberian court last year for disorderly conduct on board a commercial flight, and was questioned by police in August over the alleged rape of a 23-year-old woman. The woman later retracted her accusation, investigators said.

He retired after the airplane incident, stating he had too many injuries, but returned to the sport in March following a three-month stay in a Greek monastery.