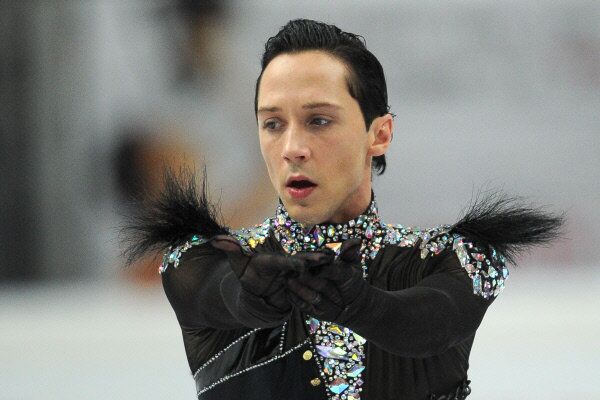 Flamboyant and openly-gay former US figure skating champion Johnny Weir will comment on the upcoming Winter Olympics in Sochi, Russia for the NBC television network, Russia, NBC and other US media have reported.

WASHINGTON, October 24 (RIA Novosti) – Flamboyant and openly-gay former US figure skating champion Johnny Weir will comment on the upcoming Winter Olympics in Sochi, Russia for the NBC television network, Russia, NBC and other US media have reported.

However, Weir, an outspoken gay rights activist who recently married a Russian-American man, told The New York Times that he does not plan to speak out against a controversial new Russian law banning promotion of “nontraditional” sexual orientations while covering the Sochi games.

“I risk jail time just going there, but the Olympics are not the place to make a political statement,” the Times quotes Weir as saying. “I’m not a politician and I don’t really talk about politics. You don’t have to agree with the politics, but you have to respect the culture of a country you are visiting.”

In remarks to other media, however, Weir was less categorical about his intention to keep silent on the Russian law.

“I’ve been a longtime supporter of Russia, the culture, the country, the language, everything about Russia. … While this law is a terrible thing that you can’t be gay publicly in Russia, I plan to be there in full support of our brothers and sisters there and not be afraid.”

The three-time US figure skating champion, who competed in the 2006 and 2010 Olympics and who speaks Russian fluently, also announced Wednesday that he was retiring from figure skating competition.

In his remarks to The New York Times, Weir made clear he was aware of his delicate position as a gay Olympic athlete and media personality covering the Sochi games.

“The gay community has not reacted well to me because some people think it’s my responsibility to be an activist,” Weir told the Times, which noted that his husband also wanted him to “be more on the side of the gay team.”

The Kremlin maintains the law does not prevent adults from making their own sexual choices or discriminate against homosexuals in any way and is aimed solely at protecting children. Critics charge the law promotes a wider crackdown on homosexuality in Russian society.

In July, Putin signed a law prohibiting gay couples from adopting children and banning the adoption of Russian children by citizens of countries where same-sex marriages are officially recognized.

“It’s pretty obvious that I’ve been gay my whole life,” Weir told The New York Times. “I don’t need to break any laws or wear a rainbow pin to show people that I support gay rights. I think I’ll do that just by being in Sochi and supporting our people there and know they are not alone.”