Boxing Champ Vitali Klitschko to Run for President of Ukraine 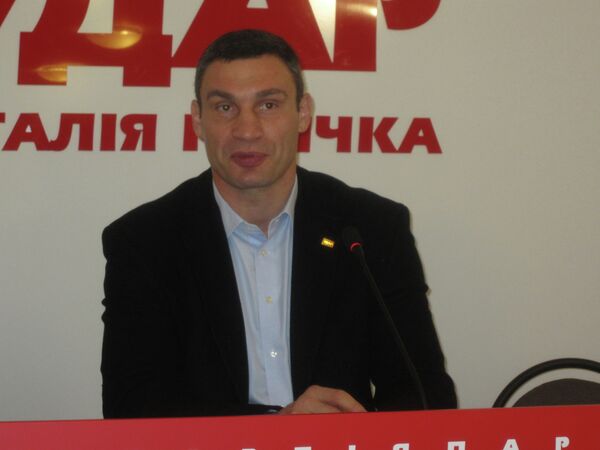 WBC heavyweight boxing champion Vitali Klitschko announced Thursday that he will run for president of Ukraine in 2015.

MOSCOW, October 24 (R-Sport) - WBC heavyweight boxing champion Vitali Klitschko announced Thursday that he will run for president of Ukraine in 2015.

Klitschko, who has long combined his boxing career with his political ambitions, heads the opposition Ukrainian Democratic Alliance for Reform party and is a sitting member of parliament.

“To put an end to all the speculation and the attempts to damage me as a possible candidate, I want to inform you that I will put myself forward for president,” Klitschko said in a speech to parliament.

Klitschko would likely challenge current president Viktor Yanukovych, who is eligible for a second and final five-year term.

Klitschko's party is in an electoral alliance with two other opposition factions, including the Batkivshchina Party of imprisoned ex-Prime Minister Yulia Tymoshenko, but it is unclear whether Klitschko has the backing of all three camps.