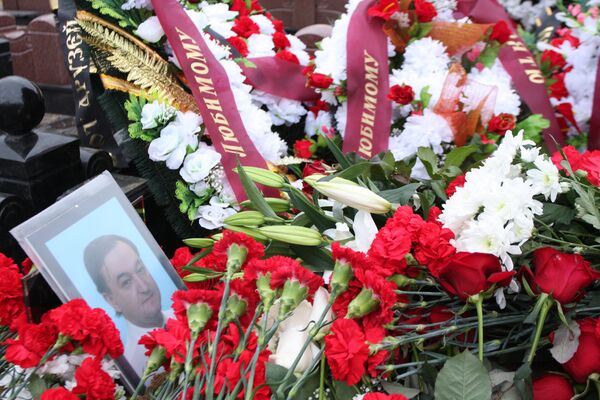 A Moscow court Monday rejected an appeal to reopen the controversial posthumous case against whistle-blowing Russian lawyer Sergei Magnitsky, whose 2009 death in custody has strained relations between Russia and the West.

MOSCOW, October 21 (RIA Novosti) – A Moscow court Monday rejected an appeal to reopen the controversial posthumous case against whistle-blowing Russian lawyer Sergei Magnitsky, whose 2009 death in custody has strained relations between Russia and the West.

Magnitsky was found guilty of tax evasion this summer, almost four years after he died in pre-trial detention in Moscow.

He remains one of a handful of people who have been prosecuted posthumously in Russia. The case was condemned by the United States and the European Union, and was closed before sentencing on the basis that the defendant was dead.

The appeal rejected Monday was lodged by lawyer Alexander Molokhov, who told Russian legal news agency RAPSI that he represents “Magnitsky’s friends” who he could not name.

British investment fund Hermitage Capital Management, for whom Magnitsky worked and whose CEO, William Browder, was found guilty in absentia together with Magnitsky, issued a statement Monday denouncing the appeal as “a legal ploy to bring into force the posthumous guilty verdict from the trial … in July of this year.”

Magnitsky, who worked as a tax lawyer for Hermitage Capital in Russia, was arrested in 2008 on tax evasion charges after exposing what he believed was a $230 million tax fraud carried out by Russian officials. He died a year later, aged 37, in pretrial detention in Moscow. A Kremlin human rights commission said in a subsequent investigation that Magnitsky had been badly beaten shortly before his death.

In December the United States adopted the Magnitsky Act, which slaps travel and financial sanctions on Russian officials and other individuals believed to have been involved in Magnitsky’s death, the case against him and other human rights abuses. Russia quickly responded, in part by banning US citizens from adopting Russian children.

In April, Washington published a list of 18 Russian nationals targeted under the sanctions, prompting Moscow to release its own list of 18 US citizens barred from entering Russia and facing a freeze of any assets they may hold in Russia.